The 66th Annual Emmy Awards are upon us and we’ve got all the facts on what to expect, from the presenters, the host, nominees, and more. To get all the info on the date and time, check out the below link … Read on for our facts on the 2014 Emmy Awards. 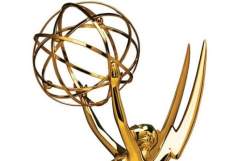 1. There Have Been a Few Changes This Year, Including the Voting

The Academy of Television Arts and Sciences announced that it will implement online voting for its members to select the nominees. Winners for this year will still be voted on via paper ballots; online voting to determine the winners will not be used until 2015.

A “2% rule” has been adopted in the comedy and drama series categories, wherein, a seventh nominee could be added to the respective categories if its total first-round votes are within 2% of the sixth place series.

2. A Tribute to Robin Williams Will Be Included in the Night’s Program 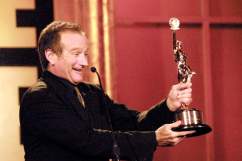 Each year, the Emmy Awards have an “In Memoriam” segment to remember those in Hollywood who we’ve lost this past year. After losing the incomparable Robin Williams, it’s been decided that there will be a special tribute to the actor. Other icons we’ve lost include Lauren Bacall, Shirley Temple, Harold Ramis, and Philip Seymour Hoffman.

3. Seth Meyers Is the Host

So, how did Seth Meyers get chosen to be the host of the Emmys this year? Paul Telegdy, the President of Late Night and Alternative Programming, stated:

Seth’s expertise and ease in front of a live audience during his time at SNL, as well as his comedic brilliance both as a writer and in front of the camera, makes him the perfect choice to host the Emmys.

Meyers won a Primetime Emmy for Outstanding Original Music and Lyrics for SNL host Justin Timberlake’s musical monologue in 2011 and has 10 additional Emmy nominations for television writing to his credit.

4. Records Are Predicted to Be Broken This Year

In addition to the 2014 predictions, there’s also a possible record-breaker. Gold Derby writes:

Jim Parsons is expected to win Best Comedy Actor for the fourth time, which will set another record.

5. There Are Over a Dozen Events Surrounding the Awards

The awards ceremony isn’t the only event planned for celebration. Deadline has the full run-down of the schedule for you to keep tabs on your favorite celebrities, the goings-on, and more.

CAA Pre-Emmy Party, Friday, Aug. 22, Bouchon, 235 North Canon Drive, Beverly Hills (time not provided; the event has taken place from 8 PM – 1 AM in the past)

Read More
Celebrities, Emmys 2014
Get all the info on the 2014 Emmy Awards, predictions, the date, after-party details, host Seth Meyers and more.