Season 3 of HBO’s Girls ended with the clip above, where Hannah tells Adam that she’s leaving Brooklyn for Iowa to attend the prestigious Iowa Writers’ Workshop.

This twist will surely affect the crew, and here’s what in store for viewers next season.

1. Hannah Is Going to Iowa, But They Aren’t Taping There

“The most shocking twist of Sunday’s season-three finale wasn’t Hannah’s acceptance, after years of artistic floundering, but the notion that Season Four of the world’s Brooklynest show might take place in Iowa…” said Vulture.

The university denied the show access to tape there, so according to speculation by the Inquisitr, Staten Island will serve as a makeshift Iowa setting.

Through the Instagram post below, Dunham revealed a new character, played by Desiree Akhavan, with the caption, “Desi vamping it up on Staten Island. Meet #Chandra, @girlshbo season 4.”

The 29-year-old filmmaker-turned-actress told the Times about her character, Chandra:

It’s clear that I’m ethnic and that I come from a background of honor killings — oh no, no, that might get cut. But there’s no real indicator as to whether I’m gay, whether I’m Iranian, which is fun.

TV Line confirmed that her character’s name is Cleo, while the Daily Mail published pictures on set with Apatow and Dunham.

Maude’s resume includes roles in Knocked Up, Funny People, and This is 40, alongside her mother, Leslie Mann, and sister, Iris.

All three films were directed by her father as well.

3. They Filmed at a New York College

They taped on campus at the State University of New York at New Paltz.

In late July, the school reported:

Crews began arriving at the College in the morning, and filming took place from the early afternoon into the evening at various locations throughout the SUNY New Paltz campus, from the Gunk Pond to the Old Main Quad.

Students got to serve as extras and in recognition of their generosity, Half A Yogurt Productions, the show’s production company, made a donation to the SUNY New Paltz Foundation.

4. There Are More Cast Additions

This season will also meet with some new additions to the cast, as seen in the ENTV video above.

Gillian Jacobs from Community, will debut in episode 5 as Mimi Rose.

In an interview with EW, she dished about her character:

I have an awesome name — in the grand tradition of Girls having awesome names for their characters… So I can’t really give much away about my character. But…I can tell you that she is a multimedia artist who doesn’t agree with Hannah’s interpretations about art and challenges her ideas.

Zachary Quinto was spotted filming scenes with Dunham in Bushwick, Brooklyn in July, so it’s safe to say he comes on as a guest this season.

In June, TV Line exclusively reported that Jason Ritter will be playing a character named Scott.

In June, Allison Williams and Zosia Mamet spoke to the NY Post about the next season.

“We’re bouncing all over the place. I did a little [Episode] 5 today; we did 6 a little bit. It’s going so well. It’s the most fun. I still can’t believe it’s my job,” Williams said.

When asked how their characters change in the upcoming season, Mamet answered, “More insanity, more testing the waters and trying things out, and growing. We’re all growing and shifting and changing like people do in their 20s.” 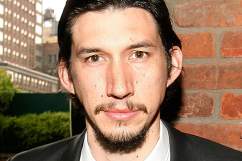