Heather Bilyeu is the successful and beautiful fiancee of Million Dollar Listing LA‘s Josh Altman. She’s also an MDLLA veteran. Check out the facts on Bilyeu below.

What’s a finale without a big event? Last season on Million Dollar Listing Los Angeles, Josh Altman closed out the season with a proposal to live-in girlfriend Heather Bilyeu with an amazing ring. Check out the proposal in the above video and a nice photo of the ring below.

On this season of the show, Heather is trying to plan her wedding with fiance Josh, but keeps clashing with his brother Matt, according to Bravo.

2. When Heather Met Josh, He Was the Enemy of Her Boss

Heather used to work for former cast-mate Madison Hildebrand and the two were best friends. Heather was itching to gain some more of her own territory in the real estate business, but it seemed like she wasn’t able to grow under Madison. At a gathering, Heather meets Josh Altman, who Madison despised. The two hit it off and began to date, much to the displeasure of Madison. Heather eventually quits her job with Madison and their friendship is completely damaged both by her leaving his company and by her relationship with Altman.

3. Heather Has Her Own Celebrity Clientele

She may not have as much money as fiance Josh Altman, but Heather works as a successful real estate agent and has a net worth of $500,000. Heather even has several celebrity clients. According to Richest Net Worth:

She is known among real estate circles for her ability to negotiate, the speed at which she is able to close deals, and excellent customer service. She has a number of celebrity clients, and currently works for Keller Williams Hollywood Hills.

Currently, Heather is working for The Altman Brothers out of the home office. 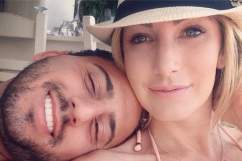 Since Heather first appeared on the show, she’s gotten tanner, thinner, and more and more beautiful, so of course, the plastic surgery questions have to start. It is Los Angeles, so it’s not too far-fetched to think the beautiful blonde has had work done. It’s undetermined if Heather’s had any botox, injections, or surgery.

5. Heather Still Struggles With the Loss of Her Father

On April 22, 2012, Heather lost her father. With the above photo in 2013, Heather posted the following heartfelt message:

It’s been 1 year since loosing my father & life just hasn’t been the same. I miss the sound of ur sweet voice & roaring laugh. I miss the smell of ur after shave, coffee & quick puff of cig in the am bc u knew I would yell at u . I miss ur generous heart & unconditional love. I just miss you daddy. 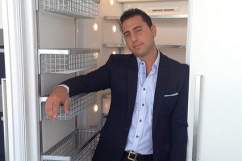