1. ‘Jersey Belle’ Is a Fish Out Of Water Story … With Curse Words

Jersey girl Jaime finds herself in Mountain Brook, Alabama with her husband and children in an upscale community “where the social customs feel reminiscent of the ’50s … the 1850s,” according to the NY Daily News. Jaime’s also got the staple of the Jersey potty mouth, which we always love. NY Daily News writes:

Sullivan clearly has more than a nodding acquaintance with four-letter words, judging from the number of bleeps on the show. But her voice keeps an even tone. She’s bemused and conciliatory way more than she’s angry.

Jaime’s girlfriends call her their guilty pleasure because, being from the south, they are a bit more reserved. When talking about her friends in Alabama, Jaime said that they drive her crazy, but she loves them. She stated:

Southern women never talk about what they’re really feeling. I keep telling them to just do it. But that’s not the culture. So I have to be the one who brings it up. I’m the one who lets loose. I’m the one who goes out and shakes it on the dance floor.

3. Jaime’s Husband Michael Is the Reason For Her Moving to Alabama

It was Jaime’s heart that led her from Jersey to Alabama. NY Daily News writes:

Sullivan entered this world by marrying a Mountain Brook man. The measure of her affection is that “I loved him more than I wanted to stay in Jersey. … I married him even though he’d never eaten a bagel.”

Jaime actually dated Michael long distance for two years before he asked her to marry him. Michael Sullivan is described by Bravo as being Mountain Brook’s most eligible bachelor prior to meeting Jaime. A couple things that Jaime and her husband are shown arguing about this season are some of the things that fly out of Jaime’s mouth and the idea of having another child. Jaime wants to have a fourth, but Michael feels he’s done. 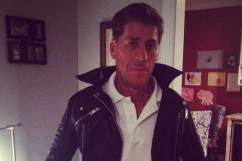 4. Fitting In Down South Is Very Tough For Jaime

So, what’s the difference between Jersey and Alabama? … A lot of things. According to Jaime, you can’t get a slice of pizza anywhere, there’s nowhere to dance, no one knows what a cannoli or a garlic knot is, bringing lasagna to a gathering is considered uncouth, and no one really eats bagels … not good ones anyway. While Jaime’s friends are trying to mold her into a southern belle, they adore her for who she is at the same time. No matter what, though, Jaime will continue to be Jaime. Jaime told NJ.com:

It’s a lot slower here. Jersey has a certain speed and energy.

5. Several Celebrities Appear on the Show This Season

Tune in to #jerseybelle on @bravotv TONIGHT at 10E/9C my friend @jaimeprimak and her pals are getting busy in Birmingham.

Jaime is a celebrity publicist, so of course, she has some high-profile clients. This season we get to see Wayne Brady and we even see Jaime having lunch with the sexy Chris Klein. So, how did Jaime get into the PR industry? NJ.com gives the rundown on Jaime’s career background:

Sullivan, who grew up in Freehold Township wearing the Bon Jovi “Slippery When Wet” T-shirt — she just celebrated her 20-year high school reunion at the American Hotel there — attended Towson University in Maryland before moving back to New Jersey. She lived in Hoboken and worked in telecommunications marketing for AT&T, then for three years became a teacher to high school special-ed students in Jersey City … On the side, she represented nightclubs and restaurants, vacillating between the West Coast and Jersey “about 50 times,” she says, before finally planting herself in Los Angeles.