Joan Rivers stopped breathing during throat surgery, according to TMZ. The beloved comedian seems to have suffered either cardiac or respiratory arrest during throat surgery on her vocal chords. Her daughter Melissa Rivers is currently on her way to New York to be at her mother’s side. Joan is currently at Mount Sinai hospital in New York and is reported to be in stable condition. Read on for the facts on Melissa.

Melissa started out as an actress in some minor roles on shows including Beverly Hills 90210 and Dave the Barbarian. Later on, she became the producer on some of her mother’s shows – In Bed With Joan, Joan & Melissa: Joan Knows Best?, and Fashion Police. Fashion Police allows us to get Joan’s red carpet views on Hollywood today, what used to get her in trouble in the past … though we always loved it. Rivers’ co-stars on the show include Kelly Osbourne, Giuliana Rancic, and George Kotsiopoulos.

Melissa also appeared on Celebrity Apprentice, but didn’t get as far in the competition as mom Joan.

If you’ve never seen an episode of Joan & Melissa: Joan Knows Best?, you don’t know what your missing. Have a look at the mother and daughter’s reality show above to get a little taste.

Cooper is actually named Edgar Cooper Endicott, named after Melissa’s father. As for Cooper’s dad, he is a horse trainer named John Endicott. Endicott and Melissa Rivers married in a $3 million Dr. Zhivago-themed winter wedding at the Plaza Hotel in New York City in 1998. Cooper is often featured on Joan & Melissa: Joan Knows Best? and seems to be one of the most well-behaved kids on the planet. 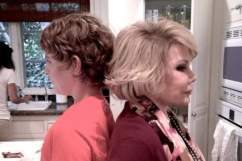 4. Her Ex’s Cheating Sex Scandal Played Out on her Show

Melissa’s ex Jason Zimmerman, a sports coach who lived in her house with her son Cooper, along with Joan, started behaving strangely when they were filming their reality show. At one point it’s exposed that Jason had been seeking out sexual partners online. Melissa got contacted by Perez Hilton on the phone and she was understandably devastated. You can watch the full episode in the above video clip.

Melissa Rivers was born Melissa Warburg Rosenberg as her father was Edgar Rosenberg. Rosenberg committed suicide, overdosing on what is reported to be Valium. For more information on Edgar, check out the below post: 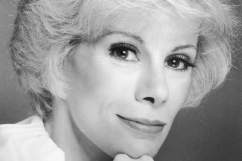