Joe Jonas and his girlfriend Blanda Eggenschwiler have reportedly called it quits. According to E! News and Us Weekly, Jonas’ rep has confirmed the news. After 20 months of dating:

Joe and Blanda have mutually decided to part ways. The split was amicable and the two remain friends, with great respect for one another. 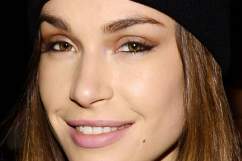 The two were introduced by a mutual friend in November 2012 and a romance grew. They were last spotted together on June 19, 2014 at the Cadillac and Refinery29 party where Joe reportedly posed for photos by himself and then “stormed inside.” Jonas told E! previously that:

The last year there’s been a lot of different changes, so I’ve been able to have a lot of time for myself and do different things—things that I enjoy doing, like DJ-ing, or starting a cooking show, or getting a house. Getting things like that started. That’s been a lot of fun.

#BREAKING: @ENews has learned @joejonas and his girlfriend Blanda Eggenschwiler have SPLIT after almost two years of dating. Deets coming