Josh Altman is one of the big real estate brokers on Million Dollar Listing Los Angeles. Read on for the facts on Altman right here.

1. Altman Is Planning a Wedding With His Co-Star Fiancee Heather Bilyeu 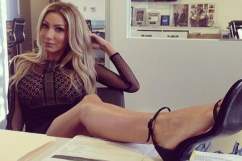 Currently, Josh Altman is planning a wedding with his fiancee Heather Bilyeu. The two actually met on the show and have been dating ever since. Heather is even working for Altman’s real estate company out of their home office because Altman doesn’t like to mix business with pleasure.

On the finale of last season, Altman proposed to Heather with a gorgeous engagement ring and then he surprised her with all their family and friends for a spur-of-the-moment engagement party. Check out the ring in the above pic.

3. He Formed The Altman Brothers With His Brother Matt 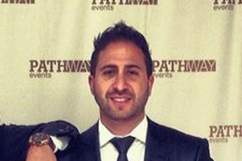 Josh’s brother Matt might as well be a show regular because he’s partners with Josh in their company The Altman Brothers. Last season, the two developed their company and kept Josh’s fiancee out of it, but this season she’s involved. The two brothers are very successful together. For more information on their sales and on Josh’s brother Matthew, check out the above link. 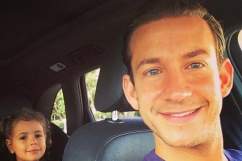 James Harris and David Parnes are the new brokers on the show this season … and they hate Josh Altman. They believe him to be arrogant and a snake. Parnes even calls him a “douche” to the cameras. Josh Flagg, on the other hand, they have no problems with at all. 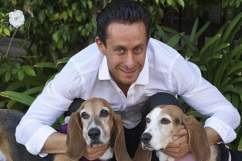 5. Altman Has a Sleuth of Celebrity Clients

Altman has so many celebrity clients and he’s even appeared on Keeping Up With the Kardashians, having sold the family multiple homes, particularly Kimye. Altman told The Hollywood Reporter:

I treat everybody the same — I don’t care if they’re a mega-celebrity, I don’t care if they’re a mega-businessman — but you do have to be on your game all the time [when helping a celeb]. They’re very good at what they do, and they expect you to be very good at what you do. You got to be on your game. It’s become a pretty everyday thing — I sold Kim and Kanye their house in Bel Air.