Megan Fox met Brian Austin Green when she was only 18 years old.

Despite the age difference- he was 30 at the time- they made it work.

Now they are married with two children, and seem to be able to keep their private life quiet.

Here’s what we do know about the pair.

1. Megan Says That Brian Doesn’t Get Any

In the interview above with Entertainment Tonight, she talked about the fact that her time is now devoted to her children.

“Brian doesn’t get any intimacy whatsoever,” she said.

2. She Felt Sparks Right Away

The couple met in 2004 when Green was guest starring on Hope & Faith, a sitcom in which Fox had a supporting role.

Her attraction to the Beverly Hills 90210 star was instantaneous.

She told the New York Times, “I remember literal electricity shooting through me and out me from every direction. It was like magic.”

Since she was too young to watch 90210, the long- running drama that Green is best known for, she wasn’t familiar with his work prior to their initial meeting.

“I was too young to have watched [it] … I just thought he was gorgeous. I was instantly in love with him,” she told Jay Leno.

3. Megan Did ‘Ninja Turtles’ for Their 2 Kids

Like I'd really let this mothers day pass w/o mentioning one of my favorites.. @meganfox makes the prettiest babies pic.twitter.com/Y0xFaUo2IB

In the newest version of the Teenage Mutant Ninja Turtles, out in August of 2014, she plays the role of reporter April O’Neil.

The actress said that she took on the part for her sons, Noah, almost 2, and Bodhi, 5 months.

“I wanted to be a superhero for my children,” she told USA Today. They can’t really see Transformers , because it’s too sexualized to deal with their mother.
That’s their mother bent over the car.”

Green’s son, Kassius, who he had with his ex-girlfriend Vanessa Marcil, is also a part of the couple’s life.

“He was 2 at the time when Megan and I met. She helped me raise him,” Green said on Access Hollywood.

4. They Have Tattoos of Each Other’s Names

While the two were dating, they each got one another’s name tattooed on their bodies.

Even when they decided to spend some time apart, they never removed them.

“I truly feel like he’s my soul mate. I don’t want to sound corny or cliché, but I do believe we are destined to live this part of our lives together,” she told Cosmopolitan.

5. Brian Got Hounded by Paparazzi After ‘Transformers’

When they first met, Green was the bigger celebrity. After Fox’s leading role in 2007’s Transformers, that all changed.

“When I met her she was living in New York, doing Hope & Faith. We’d go to restaurants and I know was the person everyone would recognize…And all of the sudden that turned around, and she couldn’t go anywhere,” Green said on Access Hollywood.

It wasn’t so much of a problem before Megan, but once Transformers hit, that was it. I had never experienced paparazzi on that level, because during 90210 they were still developing pictures and selling them by hand. It was a whole different experience,” he told Details. 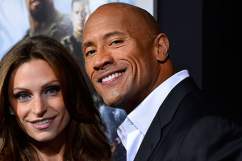