Miley Cyrus appeared on the series finale of Chelsea Lately to perform Roy Orbison’s “It’s Over.” With an Elvis-style hairdo and fringed sleeves, her outfit seemed to fit the theme of the song.

Handler’s leaving the E! network is bittersweet for her as the NY Daily News reports:

This final show wraps up a messy divorce from E!, where Handler has done more than 1,300 episodes over eight seasons. In March, she told Howard Stern that E! is “a sad, sad place to live.” Her next stop is Netflix, which may already be the big winner in this deal. Handler has signed for a series of comedy specials and then will launch a new talk show in 2016, further solidifying Netflix’s growing stature as a serious alternative to over-the-air TV. 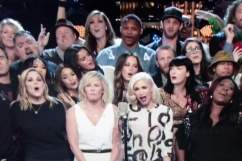 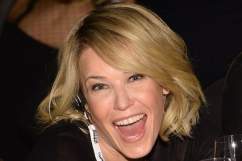 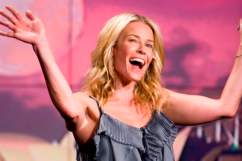