Tonight is the finale of Last Comic Standing and we’ve got all the info on finalist Nikki Carr, as we wonder who will be the winner this season. Read on for the facts …

1. She Uses Her Life as a Lesbian for Material

Carr, much like many other comedians, uses her life as material for her acts. NBC writes:

Her trials and tribulations as a woman, mother, grandmother and lesbian have provided rich comic material for Carr, and she’s woven it all into fiercely funny performances. She has been entertaining audiences for 17 years at clubs, colleges and military bases all over the United States and the world, including Iraq, Bagdad, Kuwait, London and Germany.

Haven't spoken to my gf in over 50 hours! In a lesbian relationship? That's a week and some days!

As far as her character on stage, it is 100% who she is in real life. Carr tells After Ellen:

What you see is what you get! I’m silly 24/7. My kids are silly! My grandchildren too! I can’t stand to see my children or my girlfriend without a smile on their faces. Immediately I have to ask, “You OK?” I try to keep the world around me smiling if not laughing their heads off! Nikki Carr onstage is very much an extension of Nikki Carr offstage.

Carr made her TV debut on BET’s Comic View, in 2000. She also appeared in One Mic Stand, It’s Showtime at the Apollo, Charlie Murphy’s Crash Comedy, Martin Lawrence Presents 1st Amendment Stand Up, and Stand Up For Family. She started her career at age 34 at the New York Comedy Club. Carr also appeared in the independent films Golddigger Killer, Change the Game and Ass Backwards. 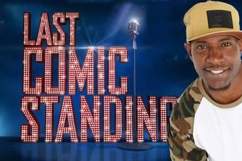 Carr was actually the daughter of jazz drummer Bruno Carr, who recorded with artists including Aretha Franklin and Ray Charlies. He died at the age of 65 on October 25, 1993 due to lung cancer. Bruno Carr married actress Bonnie Brown while he was touring in Denver in 1975 and the two eventually settled down together in Denver in 1988, according to Variety.

4. “The Fat Girl’s National Anthem” Is Her Signature Song

The signature song Carr has adopted is called “The Fat Girl’s National Anthem.” Check out a clip of singing a bootylicious tune in the above video.

5. Her Mother Inspired Her to Get Involved With Comedy

When she was a child, Carr’s mother would always ask her why she was so silly, but she never discouraged her behavior. Carr told After Ellen:

I believe my Mother always knew I’d be an entertainer of sorts. I’m pretty sure she thought I’d be a singer or actress, because as a child these are the parts that she nourished, accepting the whole time that I was just a very silly child. I think she hoped that my silliness wouldn’t be a hindrance. I don’t think she saw it as a comedy career. However, I kept her laughing always, laughter has always been a sure sign of happiness to me and as her only child I felt it my duty to make sure I always had something ridiculous to say or do to crack her up!

Carr’s mother was great motivation for her, but when she first saw Def Comedy Jam, she knew that a career in comedy was for her. 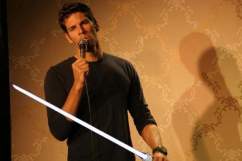 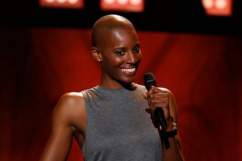