Robin Williams, whose comedic and cinematic brilliance in five decades made him one of the most revered actors of his generation, was found dead in his California home Monday of an apparent suicide. He was 63.

The Marin County Sheriff’s Office said Williams was found inside his house, unconscious and not breathing, just before noon. He was pronounced dead at the scene at 12:02 p.m. by Southern Marin firefighters, according to the San Jose Mercury News.

Williams, who turned 63 on July 21, is survived by his wife, Susan Schneider, and three children.

Williams pictured with his wife, Susan Schneider, in 2011. (Getty)

The exact cause of Williams’ death was asphyxiation.

According to Variety, an autopsy, plus toxicology test, is scheduled for August 12. No suicide note was left.

The Marin County Sheriff’s office said that Williams was found with a belt tied around his neck. In addition, he had superficial cutting wounds on his left wrist. A pocket knife with a red residue was found close to the body. When his corpse was discovered, rigor mortis had set in, which takes 12 to 18 hours to occur. 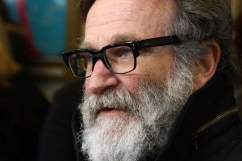 2. He Had Been Battling Depression

In a statement, his family said:

Robin Williams passed away this morning. He has been battling severe depression of late. This is a tragic and sudden loss. The family respectfully asks for their privacy as they grieve during this very difficult time.

This morning, I lost my husband and my best friend, while the world lost one of its most beloved artists and beautiful human beings. I am utterly heartbroken. On behalf of Robin’s family, we are asking for privacy during our time of profound grief. As he is remembered, it is our hope the focus will not be on Robin’s death, but on the countless moments of joy and laughter he gave to millions.

In July 2014, TMZ said that Williams was headed back to a rehab facility to “focus” on his sobriety. Back in 2009, Williams had undergone a heart valve operation. Previously in 2006, it had been reported that Williams had relapsed into drinking.

His rehab facility was the Hazelden Addiction Treatment Center in Lindstrom, Minnesota.

If you or anybody you know is struggling with depression, the National Suicide Prevention Lifeline is open 24/7 on 1-800-273-8255.

3. Williams Was About to Star in ‘Mrs. Doubtfire 2’ & Had Returned to TV After Losing Money in His 2nd Divorce

Williams, who had already reprised his role in the Night at the Museum franchise, was due to reprise arguably his most famous role, Mrs. Doubtfire, in a forthcoming sequel.

Williams was last seen on the screen alongside Annette Bening in indie flick The Face of Love. In 2013, Williams had returned to CBS for the series The Crazy Ones.

In a 2013 interview with Parade magazine, Williams said his divorce from his second wife, Marsha Garces, left him with financial troubles that led him to sell his ranch in Napa and forced him back into TV because he needed the work.

Asked by Parade whether he’d lost all his money in two divorces, he told the magazine:

Well, not all. Lost enough. Divorce is expensive. I used to joke they were going to call it ‘all the money,’ but they changed it to ‘alimony.’ It’s ripping your heart out through your wallet. Are things good with my exes? Yes. But do I need that lifestyle? No.

Williams’ role with CBS was a return to the network that helped make him famous in the 1970s with Mork & Mindy. Pam Dawber said up on learning of his death, “I’m a completely devastated. What more can be said?”

Very sad, very upset, very glad I did not have to hear about this though Twitter. Probably going to be taking some time off it for a while. 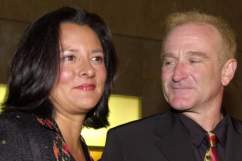 4. He Won an Oscar for His Role in ‘Good Will Hunting’

Williams, known as one of the greatest comic actors of all time, also had enormous success in more serious roles — success that culminated with an Oscar for best supporting actor for his role in Good Will Hunting in 1997. He was nominated for three other Oscars.

His other celebrated roles were Good Morning, Vietnam, The Birdcage and Dead Poets Society. The low points of his acting career were critical and commercial failures of Jack and Patch Adams.

In 1998, Williams spoke about his Oscar win to the Marin Independent Journal: 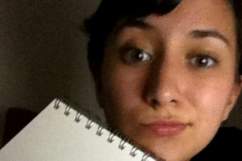 5. He Was a Chicago Native & Juilliard Graduate

Robin McLaurin Williams was born in Chicago on July 21, 1951. A self-described quiet child, his first foray into comedy was to mimic his grandmother.

Eventually, he attended the esteemed Juilliard school in New York. Prior to that, Williams attended high school on the West Coast at Redwood High School in Larkspur. In addition to his home in Tiburon, Williams had a home in San Francisco’s Sea Cliffs neighborhood. In his local community, Williams was known for attending fundraisers and visiting children his hospital.