For a young Hollywood couple, Sarah Hyland and Matt Prokop seem to have their act together.

Hyland, 23, and Prokop, 24, have been dating for five years and even live together.

Here’s what you need to know about their love story.

1. They Met on an Audition

They were both auditioning for 2008’s High School Musical 3: Senior Year, and only Prokop got the part.

However, he earned more than a movie role, he also got a girlfriend out of the audition experience.

It was love at first site for the actor, who told Seventeen,
“…as soon as I met her I was like, ‘I’m going to date this girl. I don’t know what it’s going to take, but I will make it happen.'”

He also dished on when he knew he was in love with Hyland:

I think we both realized it when we were cool with just hanging out in sweatpants together and didn’t have to think about what we were going to do. It just kind of clicked.

In the video above, the recall their past Valentine’s Day experiences.

2. They Starred in ‘Geek Charming’ Together

They played each other’s love interests in the 2011 Disney Channel Original Movie.

“It’s kind of sad that couples don’t want to work together, it’s like, ‘Wow, you really don’t like the person you’re with?’ I’d rather kiss her then some random person I just met,” Prokop told Radio Disney.

Hyland played Dylan, the popular girl in high school, who falls in love with the film nerd in her school, Josh, played by Prokop.

The pair has a home together in L.A., complete with a dog named Barkley Bixby.

As far as wedding plans go, Hyland is in no rush to walk down the aisle.

She told E! News, “So we’ve been together a long time, we’re practically married. We have a dog and live together, so I’m OK with that.”

I hate it. Nothing against them. I hate it though. But it comes along with the job.

5. Matt Supported His GF After She Was Attacked

In February, Hyland was groped by a 29-year-old male fan in Sydney, Australia.

Her boyfriend then tweeted, “To the a**hole who assaulted Sarah tonight I hope to God you don’t see next week.”

He followed that post with, “Sorry for the ‘offensive’ tweet. But in the states we respect women.”

All Sarah wanted to do tonight was say hi to the girls who were waiting outside one douche can ruin it for everyone. Goodnight. 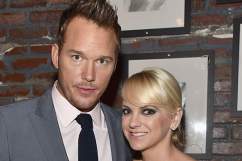