Sons of Guns has been canceled.

The star of the Discovery show, Will Hayden, was arrested today and charged with child rape, the East Baton Rouge Sheriff’s Office told the Times-Picayune.

He was previously arrested two weeks ago and charged with child molestation.

Here’s what you should know about the shocking charges against Hayden and the end of his hit show.

1. A Discovery Rep Made a Statement

The show first aired on the Discovery Channel on January 26, 2011.

A rep for Discovery told TMZ, “Given the serious and horrific nature of the charges against Will Hayden, we have decided to halt further production of Sons of Guns and cancel the series.”

Hayden was accused of raping a minor “almost daily” since March 2013 and taking her virginity when she was 11 years old.

TMZ reports it was Hayden’s daughter who made the accusations.

Hayden denied the allegations when he was first arrested two weeks ago, blaming the girl’s mother and calling her a bitter ex.

Now the daughter is backing up the story and saying she kept quiet during the daily abuse because Hayden threatened to hurt her. 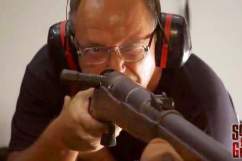 Will Hayden Arrested: 5 Fast Facts You Need to Know

Hayden is the founder and owner of Red Jacket, and the show was centered around the business.

On August 26, the company wrote on their site;

With heavy hearts, we will be continuing to operate and ensure the fulfillment of new customer orders, back orders and to provide support to those affected by these new developments. WE are the Heart and Soul of Red Jacket and will remain steadfast in our committment to quality and our customers, for years to come.

Someone said it was #SelfieSunday , like we need more reasons to take selfies lol, but here ya go anyway! pic.twitter.com/p0bmRxnN9g

His oldest daughter, who also works with him, bashed the story.

She told TMZ, “There was never any impropriety in our home. He was and is a good father.”

5. The Show Was Highly Rated

In fact, it once held the number 1 spot in Friday’s Prime Time programming in cable for people and men.

Read More
5 Fast Facts, Breaking News, Celebrities, Crime, Reality TV, TV
Sons of Guns has been canceled after its star, Will Hayden, was charged with raping his daughter.