Tameka Raymond, also known by her maiden name Tameka Foster, is the ex-wife of Usher Raymond. Read on for the facts on Tameka below …

Atlanta Exes was created off of the reality series Hollywood Exes and Tameka stars alongside Kevin Hart’s ex Torrei, Sheree Thompson (Buchanan), Monyetta Shaw, and Christine Johnson (the exes of Cee Lo Green and Ne-yo). The season starts off with Tameka moving out of her house and on the second episode, Sheree finds out that Tameka may have been backstabbing her … Have a look at a clip from the show above.

2. Her 11-Year-Old Son Died in a Tragic Jet Ski Accident

On July 6, 2012, Tameka’s 11-year-old son Kile was critically injured after he and a friend, riding on an inner tube on Lake Lanier, were hit by a Jet Ski operated by family friend Jeffrey S. Hubbard. Usher flew out to support the family and shortly after the accident Kile was declared brain dead. He died July 21, 2012, of heart failure. In February 2014, Hubbard was convicted of the following: homicide by vessel, serious injury by vessel, reckless operation, unlawful operation of personal watercraft and a boat traffic violation, according to the Atlanta Journal-Constitution.

Since her Kile’s death, she founded Kile’s World, a non-profit organization centered around honoring the legacy of her son.

3. Tameka Is a Celebrity Stylist

Tameka and Usher actually met because she was hired as a stylist for him. While attending the Fashion Institute of Design and Merchandising, Tameka worked at Armani and helped style Jay-Z, Mary J. Blige, Ciara, and Nas. As she came into her own, she became a personal stylist to stars including Lauryn Hill, Jay-Z, Usher, Toni Braxton, Patti Labelle, Nas and more.

In the upcoming September issue of O Magazine, Usher talks about his marriage to Tameka and calls it his “best mistake.” Usher states: Most people probably think I regret it because I ended up getting divorced, but it helped me learn that sometimes I think I know more than I actually do.

5. She Once Suffered Cardiac Arrest and Was in a Coma

In February 2009, Tameka suffered from cardiac arrest in a São Paulo, Brazil hospital. She had flown to Brazil to get liposuction done and she ended up in a medically induced coma to aid her recovery. Usher flew to be by her side and actually missed the Grammy Awards. Months later, Usher filed for divorce citing “irreconcilable differences.” MTV spoke with a representative from Tameka’s plastic surgeon who had reported:

Tameka Raymond came here on Friday to do a liposuction. Shortly after she went under [general] anesthesia, she suffered a cardiac arrest … When an attack like this happens, the doctors put the patient to sleep … and make sure that everything is OK and that there has not been any damage. This is the protocol every time and this is what was done … I did get a great sense of the insecurities that were there and the fact that she wasn’t coping well with being in this position, being married to Usher, and all that came with that. 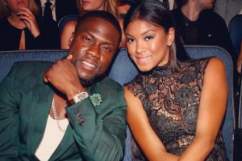