More than 100 celebrities including Jennifer Lawrence, Kate Upton and Kaley Cuoco have had their nude and intimate pictures leaked online by an anonymous 4Chan hacker.

The Daily Mirror reports that in total, up to 423 celebs may have been hacked.

Here’s what you need to know about the scandal, the celebs involved and how hackers can access your private pictures:

1. Jennifer Lawrence Is Out for Revenge

Reps for Jennifer Lawrence were quick to confirm that the pics were indeed real.

The spokesperson also said that anybody who publishes the photos will be prosecuted. On August 31, a statement for Lawrence read:

This is a flagrant violation of privacy. The authorities have been contacted and will prosecute anyone who posts the stolen photos of Jennifer Lawrence.

The Associated Press reports that Lawrence has gone to the authorities to demand a full investigation. The FBI is “addressing” the hack, according to CBS.

On the other hand, singer Ariana Grande said that the images of her were faked. As did Nickelodeon star Victoria Justice:

These so called nudes of me are FAKE people. Let me nip this in the bud right now. *pun intended*

Read about the man who denies being the hacker behind the leak: 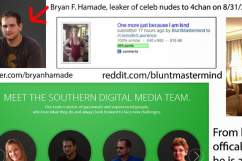 2. These 101 Celebrities Were Affected

These are the names that were posted by the user “Anonymous” on 4Chan at 3 p.m. on August 31. The user claimed to have intimate and nude of photos of all of these celebrities.

Protect your naked selfies from getting hacked

3. It’s Believed the Hacker(s) Got Access to Celebs’ iClouds

The most prevalent theory right now is that whoever the hacker is, the creep most likely got access to the celebs’ iClouds. Users on 4Chan, where the images first appeared, are in agreement that’s how the pics were leaked. Some other theories abound that the pics may have come from celeb’s angry exes, but due to the sheer volume of pics, that seems unlikely.

Twitter has been working to close accounts that post links to or publish the controversial pics. A software-engineer named Bryan Hamade has been named by Reddit users as the man behind the leak. In an interview with Buzzfeed, Hamade said that he wasn’t the hacker and he posted the pics as a way of making money through Bitcoin. 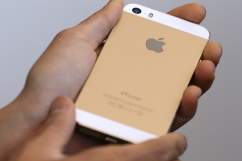 Find My iPhone & iCloud Hack: 5 Facts You Need to Know

4. Perez Hilton Had to Apologize for Posting Lawrence’s Photos

Celeb blogger Perez Hilton was one of the few mainstream publishers to post the nude pics of Jennifer Lawrence. He later took them down and apologized to her.

I acted in haste just to get the post up and didn’t really think things through. I’m sorry.

No, I haven’t been forced to do so or been contacted by their reps, but I am removing those uncensored photos of JLaw and Victoria Justice.

Is the cloud the worst place to store your photos? 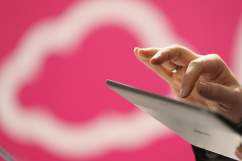 4Chan is described as an “imageboard website.” Its users generally post pics anonymously. Not only is registration not required, it’s not possible, making it unique among social forums. You can watch a video of some of the most controversial posts on the site above.

The Guardian described the site as “lunatic, juvenile … brilliant, ridiculous and alarming.” The network was set up by Christopher Poole, a 15-year-old from New York City, in 2003. Poole posts on 4Chan under the screen name “moot.”

The website has attracted plenty of criticism, to the extent that AT&T and Verizon both blocked access to the site through their networks in 2010.

In addition to the criticisms the site has face, its users are credited with the explosion of MEMEs and Rick Rolling, as well as other online phenomenons.