The troubled life of child-star Amanda Bynes has taken another turn, she’s been arrested for a DUI in California, according to E! Online.

1. Bynes Is Accused of Driving While Stoned on Weed

According to reports, she was arrested at 3 a.m. on Sunday September 28 in California. After being pulled over, cops “determined she was under the influence of a controlled substance.” A source told TMZ that the “controlled substance” is weed. On Saturday night, a comedian Twitter tweeted this:

She was booked at a jail in Van Nuys, California. She was released just after midday on the Sunday after posting a $15,000 bail.

Bynes was already scheduled to go to court on October 23. She’s already on probation from a 2012 DUI arrest. Back in June 2012, she was arrested after sideswiping a car in Hollywood. In that case, she was ordered to serve three years probation and attend an alcohol education course. In April 2014, she got her driver’s license back.

4. Bynes Had Been Living With Her Parents Until This Month

Thank you everyone for all the birthday wishes. pic.twitter.com/wePNZbTEAW

TMZ reports that just before the arrest, Bynes had moved out of her parents house and was living in an apartment in Orange County. She moved in with her folks after being released from a rehab center in Malibu in December 2013.

Bynes has been out of the public since her arrest in 2013 for throwing a bong out of her Manhattan apartment and inviting Drake to “murder her vagina.” 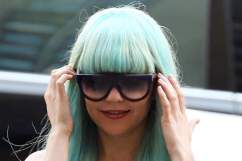