Tonight kicks off night one of the two-part finale for America’s Got Talent. Get all the info on the finalists, predictions, the grand prize, and the celebrity performers.

1. There Are Six Finalists In the Running

We are so excited and we just can't hide it! *keeps dancing through the halls* #AGTFinale pic.twitter.com/wXcwYJv7pf

The six finalists performing for the win are Emily West, Miguel Dakota, Quintavious Johnson, Sons of Serendip, Acro Army, and Mat Franco. Franco is a self-taught magician who has been practicing magic since he was 4 years old. Miguel Dakota melts the hearts of all the panting women out there whenever he sings and plays guitar. Emily West is a country star who has come to AGT to re-invent herself. Quintavious Johnson is the 12-year-old vocal prodigy and AcroArmy’s acrobatics are unparalleled. Lastly, is the quartet Sons of Serendip who hale from Boston.

Which contender will take the win? 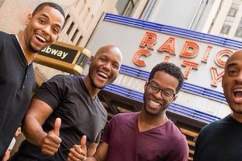 Sons of Serendip, ‘America’s Got Talent’: 5 Fast Facts You Need to Know

2. Big Names Are Performing With the Finalists

The season 9 finale of the hit NBC talent competition will feature an impressive guest line-up, coupling several big name celebrities with the show’s finalists for their last performances before the winner is announced.

Cyndi Lauper, Travis Barker, Lenny Kravitz, Jennifer Hudson and Train are coming on board for the finale performances. Lauper is paired with Emily West to sing “True Colors,” Kravitz will sing “America Woman” with Miguel Dakota. Hudson is teaming up with Quintavious Johnson to sing and Train will join the Sons of Serendip for a killer performance. Barker will drum it up for AcroArmy’s set and magician Mat Franco’s celebrity partner is Rosie O’Donnell.

3. The Predictions Are In 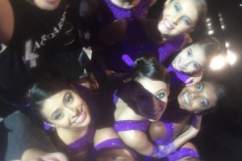 The performances are tonight, but the results will not be aired until Wednesday, September 17, 2014. According to the Gold Derby predictions, here are the odds for the finalists:

As far as how the judges feel, Mel B believes Quintavious Johnson could take the win. However, Howie Mandel feels Miguel Dakota has a really good shot, especially because he’s so popular. 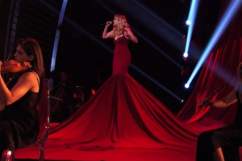 Who Will Win ‘America’s Got Talent’?

4. Two Big Artists Are Performing Solo During the Show

5. The Winner Gets More Than Just the Cast

And then there were six. Watch the remaining contestants' finale performances tonight at 9/8c on @nbcagt. #AGTFinale pic.twitter.com/IXoLjTOlca

For this season’s winner of America’s Got Talent, the performer who wins gets $1 million in prize money, plus, they will be headlining at Planet Hollywood in Las Vegas for the show “America’s Got Talent Live.” The show kicks off at the end of the month. 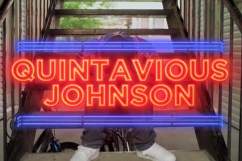 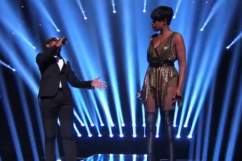