Check out all the info on wild child Bates, the 21-year-old cast member for the third season of Breaking Amish.

1. Bates Was Living In a Barn Before the Show

Prior to coming on the show, Bates was actually living in a barn after being kicked out of his parents’ home. He went out drinking with friends one night and ended up kicked out … Oh, yeah, and he has a mohawk. A mohawk is not the best idea when it comes to being Amish.

2. It Looks Like Bates Cheats on his Girlfriend on the Show

Bates appears to have a girlfriend who tells him not to do too much partying while he’s away. Bates does the opposite and becomes a bit of a man whore, loving the ladies of New York City. We even see him shirtless on a stripper pole at one point this season. It’s safe to say that if Bates is still committed to his girlfriend, he won’t be for long.

3. He Hopes to Become a Famous Actor

Do I have a potential Meet @TLC's Miriam & Bates from #BreakingAmish We gave them a clothing makeover, BK style. pic.twitter.com/xV46WdbVlg

When Bates gets to New York, he signs up for acting classes in hopes of becoming a famous actor one day. He aspires to see his name in lights and be up on a billboard one day. Well, being on a reality show could definitely do that for you.

4. The Relationship Bates Has With His Dad Isn’t Going Well

Because of Bates’ non-Amish actions and aspirations, he and his father do not see eye to eye. Bates’ TLC bio reads:

Bates is a 21-year-old, carefree spirit from Ohio who does not fit into his family’s Amish lifestyle and dreams of one day becoming an actor. Bates has a rocky relationship with his father because of his non-Amish ways, but his mother and siblings will be crushed if he chooses to leave the Amish culture for good.

Hopefully, Bates’ leaving his Amish life behind doesn’t worsen things with his family.

5. Bates Ends Up Leaving the Amish for What Seems Like for Good

By the end of Bates’ time on the show, according to the preview clips, Bates ends up with a little mohawk, a giant earring, and a studded leather jacket. He then says that he doesn’t belong with the Amish anymore, that he belongs in New York. Watch the full preview of the season above. 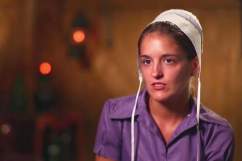 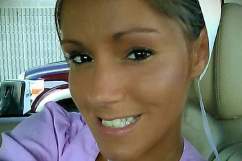 Read More
Reality TV
Breaking Amish is back with its 3rd season and a whole new cast. Check out the info on the free-spirited Bates.