When Daymond John is the last shark standing, the boys offer to change it to a ten percent stake.

The pair leaves with a deal after John offers 17.5 percent and to finance the inventory.

Bombas matches every purchase with a donated pair to homeless shelters. They are dubbed the TOMS shoes of socks.

They partner with an organization called Hannah’s Socks, which distributes to those in need in the U.S.

The two founders met in 2006. They were both working at the startup UrbanDaddy In Manhattan.

They left their jobs in the spring of 2013 to commit to Bombas. 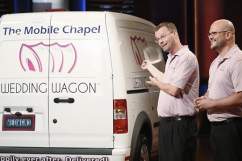 The Wedding Wagon Enters the ‘Shark Tank’: 5 Fast Facts You Need to Know

3. The Idea Came from a Quote

In an interview with Reuters, Goldberg said:

The idea for the company came from a quote we saw in 2010. The Salvation Army was doing a massive sock drive on Facebook with Hanes, and they were quoted saying “socks are oftentimes the most requested clothing item at homeless shelters.” That stuck with us.

4. They Started a Fundraising Campaign

Check out the link here on Indiegogo. Their initial goal was to raise $15,000.

5. The Word Bombas is Latin for Bumblees

This is what we walk down the runway with… #NYFW pic.twitter.com/nZFDvB51Zg

On their campaign site, they offer this explanation:

Bees work together to make the hive a better place. We like that. So much so that it inspired our slogan that’s written on the inside of every pair of Bombas: bee better.

You can find the bee logo on all their products. 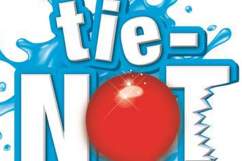