1. Brunell Has Won the Quality of Life Award

The three winners of the Quality of Life Award were named on Wednesday, September 10, 2014. Shore News Today reported that:

The awards go to three contestants who excel in their commitment to enhancing the quality of life for others through volunteerism and community service. 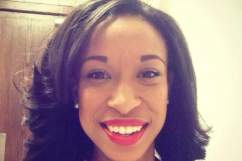 Through all her competitions, Brunell has amassed well over $80,000 in scholarship money, which she said has helped her family a great deal. The Press of Atltanic City states:

She was crowned Miss Alabama on her third trip to the state pageant and credits her years of involvement with the Miss America Organization in Virginia and Alabama for her ability to graduate debt-free from the University of Alabama.

Her receiving the Quality of Life Award added to her winnings as well.

3. Broadway Is her Ultimate Career Goal

Brunell hopes to pursue dance education at the Broadway Dance Center in NYC and eventually tackle Broadway as a professional dancer. In addition, she aims to obtain a Master’s degree in non-profit management.

4. Her Charity Is Called Caitlin’s Closet

Like several of the other contestants, Brunell has started her own charity. Hers has been very successful and the Press of Atlantic City has the full story on how it began, writing:

At age 15, Miss Alabama Caitlin Brunell started her own non-profit organization, Caitlin’s Closet. The now 22-year-old was homeschooled until eighth grade and when she started high school a friend couldn’t attend homecoming simply because s…he couldn’t afford a dress. Caitlin gave a dress to the young girl and decided to recruit others to the cause of helping give special occasion wear to those who could use it and appreciate it. Since then, the group has distributed 10,000 dresses and dress suits to women.

Her goal is to develop Caitlin’s Closet into a national, double bottom line social enterprise.

Brunell has a ton of supporters and one of them is former Miss America Heather Whitestone McCallum. McCallum told AL.com:

McCallum showed further support by surprising Brunell and her family on the last night of the 2015 Miss America preliminary competition this past week.

Read More
Miss America
Miss Alabama Caitlin Brunell is a contestant in the running to win the Miss America 2015 competition. Check out the facts on her and her charity Caitlin's Closet.