Tonight is the season 3 finale of Dallas and there is a big death that’s supposed to go down … Read on for all the spoilers we could find, plus some video clips to get you ready for the big event.

UPDATE: Christopher Ewing is killed in a car bomb and Elena is pregnant. 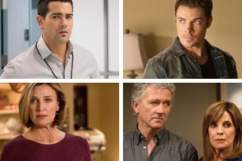 ‘Dallas’ Finale: Who Dies at the End of Season 3?

TNT promises that a Ewing will die Monday night, and we’d love to know which one you think it’ll be. So far, “not officially a Ewing, but we think he’s JR’s illegitimate son” Nicolas Trevino is winning, just ahead of Bobby’s wife Ann).

We won’t all make it out alive. For the first time, nearly every character is in danger all at once. The stakes have never been higher.

– John Ross is willing to risk everything to save his marriage and maintain his family in the finale episode. TV Line writes:

John Ross will be throwing himself directly in the line of fire, as the entire family rallies to save Ann and Emma from the cartel. “He makes a big decision in the finale, a dangerous one, because he wants to do right,” Henderson says. “He wants to right his wrongs and make a big move, and that’s exactly what he does in the finale.”

– Executive Producer Cynthia Cidre tells Entertainment Weekly all about what we’ll find out in terms of Nicolas.

All season, Nicolas has been toeing the line between being a good guy and being a bad guy. In the last episode, he came clean to Elena about all of his lies, but that’s not the end of his story. Cidre says the finale will provide the answer to the question, “Is he good or bad?” “You’re going to find out, for sure,” Cidre says. “You’re going to find out big time.” As for him and Elena? He still believes there’s hope. As Cidre put it, “He didn’t poke that diaphragm for nothing.”

Some people survive, some people don’t, and in the end, no one’s unscathed. Everybody’s taking a huge punch to the gut, and some recover better than others, and some are going to have to wait for season four to fully recover, to first express their anger and grief and hopefully grow from there and recover.

– “Endgame” and “Brave New World” are the titles of the double feature episode for the Dallas finale.

The first half of the finale will focus on saving Ann and Emma. “The basis of the first hour of the last two hours is the family making moves and trying to be heroic to rescue these two women,” Cidre said. However, a few people might have different ideas on just how to do that, and there’s nothing worse than one rescue mission messing up another.

– The finale will feature a song written by Josh Henderson. TV Line reports:

The finale also features the world premiere of “I See You,” an original track written by Henderson. “I wrote it about John Ross’ storyline, about the ghost of J.R. and how he’s trying to escape him,” Henderson explains. “Everyone says he’s just like his father, and he knows it’s true. I can’t wait for people to see what I’ve been up to on the music side. For me, it’s a really exciting night.”

John Ross is on his own after losing his family's trust. Can you survive on charm & good looks alone? #WhichEwingDies pic.twitter.com/GgZrIRWul9

– Dallas hasn’t yet been renewed for another season, so cross your fingers that your favorite characters will be back. 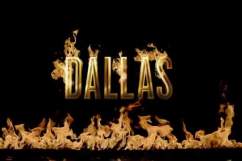