Check out all the facts on The Mysteries Of Laura star Debra Messing. Read on for news on her boyfriend, her new show, her ex-husband, and her most iconic roles.

1. The Mysteries Of Laura Is Her New Show

Messing plays a sassy and goofy cop named Laura who is also a normal mom on the new show The Mysteries Of Laura. The Wrap gives the rundown on the first episode saying:

The first episode revolved around a murder of a wealthy tech exec in his Westchester County mansion, and Laura’s attempt to get her rowdy children placed into another preschool program. We learn Messing’s Laura is not your everyday gal from the moment we see her trash-strewn car, and soon watch her coolly shoot the ear off a bad guy and wipe blood splatter off a hostage with a baby wipe.

Check out a clip from the new show above.

2. Her Ex-Husband Is Daniel Zelman

Messing and Daniel Zelman, an actor and screenwriter, met on their first day as graduate students at NYU in 1990. They got married about a year later on September 3, 2000, and lived together in New York City. In 2004, Messing gave birth to their son, Roman Walker Zelman, but their marriage didn’t last. In Decemeber 2011, Messing and Zelman separated after eleven years and Messing filed for divorce on June 5, 2012.

3. Grace Adler Is her Most Well-Known Role

Will & Grace was the show that made Debra Messing a star. Her portrayal of the amazing character Grace Adler is unique and can never be duplicated. Have a look at Messing in action as Grace Adler in the above video.

4. Will Chase Is Currently Dating Messing

Messing and Chase became acquainted on the show Smash and have been dating since 2012. Chase is a Tony award-winning actor who was actually Messing’s on-screen love on Smash. When the two got together, Messing had recently separated from her husband and Chase had also just split from his wife at the time. Director Michael Mayer dished on Messing and Chase’s relationship to People saying:

On Broadway, we call it a ‘showmance. That’s where people meet and fall in love. I don’t know where Debra and Will would have met [otherwise]. So [Smash] brought them together. And the context of their onscreen relationship, I’m sure that triggered a lot.

Chase has been married twice and has two daughters from his first marriage – Daisy and Gracie. Will Chase currently stars on the show Nashville. 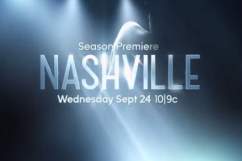 5. She’s a Veteran on the Big Screen as Well as the Small

Debra Messing has more Golden Globe, SAG, and Emmy nominations than she can count and even has a couple wins. She’s mastered both the big screen as well as television. She starred in the movie The Wedding Date in addition to appearing in The Mothman Prophecies as Richard Gere’s wife and Along Came Polly as Ben Stiller’s wife. As for TV, aside from Will & Grace, she’s had great success starring on Ned & Stacey, Smash, and The Starter Wife. She’s done it all … she even appeared on Seinfeld.