Let’s get to know star Alan Cumming’s husband Grant Shaffer and get a better look at what a long-standing relationship in Hollywood looks like. Read on for the details on the loving couple.

I am married to a pencil devil @granteepants 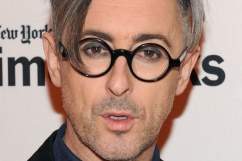 2. Shaffer Is a Graphic Artist

Grant Shaffer was born in San Francisco in 1965. He has lived and worked in Manhattan as an artist and illustrator for the past 18 years. He illustrates for magazines and newspapers such as The New Yorker, The New York Times and Interview Magazine, and his work was recently featured in the book All The Art That’s Fit To Print: Inside The New York Times Op-Ed Page. His comic series, 30 Kinds Of Passion was included in the Best American Comics Guide, 2008 Edition. He has also worked as a storyboard artist on such films as Angles in America, Closer, Zoolander, Little Children, Charlie Wilson’s War and Wall Street 2, as well as music videos for Madonna, Michael Jackson and Beyoncé.

Currently, Shaffer is teaching illustration at the School of Visual Arts and has a job as a general art teacher at Harvey Milk High School. You can view some of Shaffer’s work on his website.

3. The Couple Remarried For Their Fifth Wedding Anniversary

Having a dander in the forests of Auckland

I don’t believe that monogamy is feasible.

On the 5th anniversary of our wedding in London Grant and I tied the knot again in NYC!!! #eatmericksantorum

According to Daily Mail, Cumming’s hashtag ‘Eat me Rick Santorum’ refers to the candidate Republican nomination for President, who opposes gay marriage.

In doing a photo shoot today! I feel like a Matthew Bourne swan! 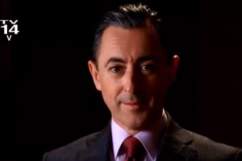