Brittany Kerr is engaged to country singer Jason Aldean, who cheated on his wife with her back in 2012.

In September’s issue of Billboard, Aldean went off, saying, “It has been two years of this s—, Get over it, already! And then when I finally do get enough of it and say something, every newspaper grabs it. And I’m not trying to get in the headlines — I’m just trying to get people to stop running their mouths.”

Not too long after, on September 24, the 37-year-old popped the question to 26-year-old Kerr at the San Diego Zoo.

Here’s what you need to about his mistress-turned-fiancee.

1. She Had to Deactivate Her Twitter When the Cheating Was Exposed

Jason Aldean's IS with former @AmericanIdol Brittany Kerr. He was caught making out with her in '12, still married. pic.twitter.com/k08m6mHf3R

The couple first stepped out together at the 2014 CMT Music Awards in Nashville.

Of course, they were famously spotted in 2012, while Aldean was married. Pictures leaked of him kissing Kerr at a bar in L.A. TMZ first exposed the photos, reporting the pair was “hugging, touching each other and at one point it appears Aldean goes in for a kiss. ”

At the time, the Daily News reported that Kerr had to deactivate Twitter because of the comments she was receiving.

“The actions I portrayed recently were not a representation of my true character, but a lapse in judgment on my part. I would like to sincerely apologize to everyone that has been affected by this, including my friends & family.”

The country crooner also released an apology on Facebook, and assured fans that he and his wife of almost 12 years, Jessica Ussery, would work things out.

However, he later filed for divorce from his high school sweetheart in 2013. 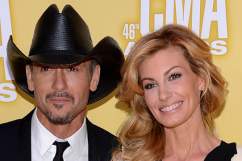 Kerr appeared on Season 11 of the talent show. Watch her audition above, and the interest she gets from the male judges. Before she even started singing, Steven Tyler said, ‘I say yes!”

After her performance, he added, “I like it. I like your melody. You’re on pitch and you’re good looking.”

However, Jennifer Lopez wasn’t convinced, and voted “no,” saying, “I’m going to say no this time, I’m sorry sweetie.”

With her rendition of “Spoiled” by Joss Stone she “made it to Hollywood.” 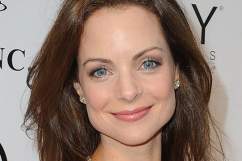 3. She Was a Cheerleader

4. Her Company’s Website Crashed After She Was on TV

When Idol first showed her on screen, people started searching her name, and as a result, her site crashed.

Idol also flashed a couple photos of Brittany in her Charlotte Bobcat dancing outfit on screen, and that was enough to get guys goggling to find more images, to the point where two websites couldn’t handle the traffic.

At the time, her photographer Jim Merrill told TMZ the amount of traffic on his website also surged with people looking at bikini pictures.

On her personal site, she shared, “In 2010 I entered a Victorias Secret Model Search contest and I placed in the top 80!”