Russell Westbrook is off the market.

Here’s what you need to know about the lucky lady and her relationship with one of the NBA’s top talents.

Westbrook proposed to Earl on Wednesday, September 3, with a massive rock. TMZ reports the $700,000 ring is a “six-piece elongated cushion cut” diamond masterpiece made by renowned jeweler-to-the-stars Jason of Beverly Hills.

Russell Westbrook and Nina Earl attend D’USSE VIP riser and lounge at the “On The Run Tour” at the Rose Bowl on August 2 in Pasadena, California. (Getty)

2. She Was a Basketball Star Too

Earl reacts to a foul call while playing against Stanford in the championship game of the 2011 Pacific Life Pac-10 Tournament on March 12, 2011. (Getty)

Earl grew up in California and was one of the best high school basketball players in the state. She went on to play for the UCLA Bruins. Her team bio describes her as “one of fastest players on [the] team.”

Below, Earl is honored during the Bruins’ Senior Day ceremony in March 2011.

Westbrook and Earl met at UCLA, where Westbrook also played.

Also taken from her UCLA bio is that Earl once “baked an award winning caramel cake.”

3. She’s Getting a Master’s in Psychology

Westbrook told ESPN last year that he loves Nina for her mind and her ambition:

… she’s a smart girl. She’s in school right now, trying to get her master’s in psychology. She knows what she wants to do in life, which is great. That’s easy for me to cope with.

In the same interview, Westbrook said Earl was his longest ever relationship, and he described what type of boyfriend he is:

4. She’s a Native of California

As a native of Upland, California, she was a fan of the Lakers but now, judging by her tweets, looks to have switched over to supporting Westbrook and the Thunder.

5. She’s a Cousin of a Football Legend

According to her UCLA bio, Earl is a cousin of Bruins and Seattle Seahawks legend, Kenny Easley. Easley was a three-time All-American while in California and was the 1984 NFL Defensive Player of the Year. 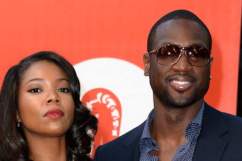