Donnie Wahlberg tweeted some big New Kids on the Block news. The NKOTB guys will be getting their own star on the Hollywood Walk of Fame on October 9, 2014! A Twitter trend in honor of the event has begun among their fans, the “blockheads.” In case you were wondering what #NKOTBWOF meant …

Finally! NEW KIDS ON THE BLOCK get star on Hollywood Walk of Fame! Hollywood, October 9 at 11:30 am! Let's turn Hollywood BLVD into BH BLVD!

This isn’t all that NKOTB fans have to look forward to this fall. The reality series Rock This Boat comes out in the coming months and it features our 5 favorite guys on their infamous fan cruise. Screaming fans, shirtless New Kids … What more could anyone ask for?

UPDATE: Check out all the Twit pics from the big event below: 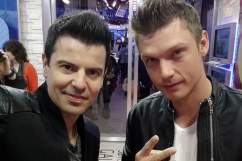 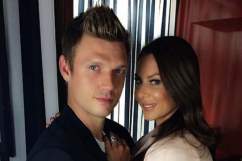