EunB, a singer with the Korean pop group Ladies’ Code, has died after a car crash in Incheon, South Korea, according to YTN News. She was 21 years old.

1. EunB Was Killed on a Rainy Highway

The car the group were traveling in skidded off a rainy highway at around 1 a.m. local time.

2. Other Members of the Group Are in Critical Condition

Two of the other members of the group, Sojung and RiSe, are in critical condition in the hospital. According to Korean Times US, attempts were made to get EunB to St. Vincent’s Hospital in Suwon but she didn’t make it.

3. The Group’s Driver Was Killed

Other members of the group’s entourage were treated for minor injuries. The driver of the car was also killed.

Ladies’ Code released its debut album in March 2013, called Code 01. The lead single from the album was “Bad Girl.” The K-Pop stars were also featured in a reality series, The Reality of Ladies’ Code.

5. One of EunB’s Relations Was Seoul’s Most Famous Newscaster

Kim Sung Joon and EunB are in-laws. Anchor Kim showed special affection for EunB and looked after her since childhood. He also gave EunB a lot of advice as a broadcast senior. 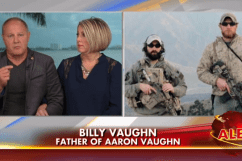