Check out all the info on Bachelor In Paradise love birds Sarah Herron and Robert Graham. Beware of some big spoilers!

1. Sarah Herron Was Born With Only One Arm

Anyone who’s seen Sarah Herron on The Bachelor or Bachelor In Paradise knows that she only has one arm. Wetpaint reports on the reason why explaining:

While still in the womb, Sarah had what is called amniotic band syndrome, which is when part of the amniotic sac ruptures and fibrous bands from the amnion entraps one or more of the baby’s limbs. In this case, her left arm was tangled in the bands, which constricted her circulation to the point of amputation, and she was born with only the upper half of the arm.

2. Originally, Sarah Had Feelings for Marcus

When the show first began, Sarah was extremely attracted to Marcus, but he ended up finding love with Lacy Faddoul. Robert, on the other hand, was hitting it off a bit with Clare Crawley and Lacy. Though Lacy liked Robert, her main focus was Marcus Grodd and that’s who she ended up with.

#BachelorInParadise premieres in just ONE WEEK! Are you ready?! pic.twitter.com/djv1RFDldo

Robert Graham appeared on Desiree Hartsock’s The Bachelorette and reportedly dated Des’ roommate prior to being on the show. This definitely impacted his longevity on the show when Des eliminated him on the second episode. Wetpaint writes:

He was cut in Episode 2, and Des later said it was because she recognized him as her roommate’s ex and he didn’t even remember her.

4. Brooks Forester Creates Some Issues Between Sarah and Robert

Will fresh man-meat shake up our favorite relationships? #BachelorInParadise pic.twitter.com/wAIIPZsrDu

You may remember Brooks Forester as the man who broke Des’ heart on The Bachelorette. When Brooks shows up on the sixth episode of Bachelor In Paradise, Sarah begins to question her relationship with Robert as Brooks’ appearances stirs up feelings in her. The synopsis of the episode reads:

Sarah is excited when new bachelor Brooks Forester arrives in Paradise, which causes her to question her relationship with Robert. Sadly, Brooks swoops in and asks Jackie out on a date, even though she’s been cozying up to Zack. Jackie surprisingly accepts and the two enjoy a dinner date at the lively Casa Banana in Tulum, leaving Zack jealous. The tables are turned, however, when Zack receives his date card and takes Jackie to the majestic Gran Cenote. The two enjoy a romantic swim and Zack makes it known that he’s not going to let Jackie go without a fight. Meanwhile, Christy is upset when she learns that her love-interest, Jesse, has been hooking up with another woman. Feeling betrayed, Christy closes in on the newest bachelor to arrive, Tasos Hernandez, and the two go on a romantic date floating down the mangroves at the Sian Ka’an Nature Reserve.

Sarah goes on to say that the new guy is a fella she’d been crushing on pre-Paradise, “someone I had been hoping would be there since day one. When the reality set in that he wasn’t coming, I closed the door on that hope and started developing feelings for Robert. You can’t begin to imagine the nervousness I felt when I saw him walking up the beach.”

Fortunately for Robert, he still gets a rose from Sarah at the end of the episode.

Ready for love and everything that comes with it? #BachelorInParadise STARTS NOW! pic.twitter.com/So1frJgORn

On episode 7, each of the couples is instructed to evaluate their relationship and see if they want to continue and participate in a fantasy suite date or break up. Sarah and Robert partake in the fantasy suite date, but Reality Steve reports that Sarah breaks up with Robert afterwards. 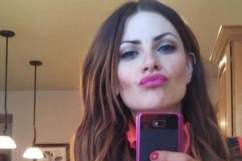 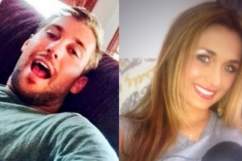