Caroline Manzo left the Real Housewives of New Jersey and has formed her own TV show Manzo’d With Children. We grew to love Caroline because she was the voice of reason, the tough mama, and the only one to sit down and confront former cast member Danielle Staub on the RHONJ. Read on for the facts on Caroline and her family below.

Caroline appears on her show with her entire family, including three children Chris, Lauren, and Albie. We pick up where Lauren is engaged to her brothers’ friend Vito Scalia and is planning her wedding. Chris and Albie have been working together with their uncle Chris on the brand blk. blk is an all-natural mineral water that happens to be black. The product is doing well and can be found in hundreds of stores across the country. For a short time, Chris and Albie lived in Hoboken together, but now they’re back home and saving their money. Mom Caroline actually got a second place in Hoboken for a while just to be closer to her kids.

2. The Media Has Linked the Manzos to a Past of Organized Crime

The Brownstone is an event establishment run by Caroline’s husband Albert and his brother Tommy. Tommy is now the ex-husband of Caroline’s sister Dina. Albert and Tommy’s father Albert “Tiny” Manzo was the first of the family who ran the Brownstone, though the building has a long history before the Manzos. Tiny bought the Brownstone from Tom Clune and Rita Coriani and it has evolved into an event center, bakery, and catering company. On a reunion episode of the Real Housewives of New Jersey, Caroline opened up about the death of Tiny (her father-in-law) and said that the day he died, Albert came to her and asked her to marry her. The details surrounding Tiny’s death were not talked about by Caroline or her sister on the show and they were kept rather “hush hush.” The only thing Caroline said in reference to his death was:

I will not give credence to the Mafia talk. He [Tiny Manzo] was a good man, a family man. His death remains a mystery.

Mike Russell, a New Jersey State Police officer who went undercover to infiltrate an organized crime syndicate, wrote a book and in it, the mob life of Tiny Manzo was exposed. FameWhorgas writes:

In the story, Russell mentions Caroline Manzo’s father-in-law, Tiny Manzo, labeling him “the biggest mob enforcer in Jersey.” Tiny Manzo was executed mob-style in August 1983, a year before Caroline married Albert Manzo in July 1984 (photo above). According to Russel, “Fat Tiny Manzo made the mistake of constantly needling top soldier Joe Zarra, humiliating him,” and “Zarra just waited awhile for the heat to die down before clipping him as payback.” Tiny Manzo and Gambino family soldier Peter A. Campisi were suspected of skimming from a mob casino on Staten Island.

The NY Daily News writes about the details of Tiny’s death:

A couple of weeks later, they found Tiny Manzo in the trunk of his car,” recalled Robert Buccino, a New Jersey organized crime expert. The 350-pound mobster’s naked body – the arms and legs wrapped in plastic – was found bound and gagged in the trunk of his parked Lincoln-Continental outside a supermarket in Hillside, N.J. – there were four bullet wounds in his torso. The killing was never solved. 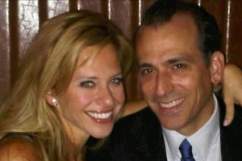 3. Husband Albert Has Been Accused of Cheating in the Past

In October 2013, Albert Manzo was accused of cheating on wife Caroline Manzo in the media. When Andy Cohen questioned Caroline about her husband’s fidelity, she actually admitted that she’s asked him in the past if he’s been faithful to her. Caroline then stated:

I’m 52. He’s 53. For me to think for a moment that he has been completely faithful for 32 years, I think that’s a foolish way to think.

According to several reports and tweets, Albert has a longtime mistress named Jillian. Fame Whorgas reported:

According to a source, the apartment above The Brownstone, rumored to be Al’s love nest, is not the only place where Al and Jill, who is 46-48 years old, spend time together (he also spends time with her at her home in Glen Rock, NJ) … A source exclusively told Fame-Whorgas that Al Manzo has been cheating on Caroline for the past five or six years with a woman named Jill, and Caroline has known about the affair for three or more years, catching them numerous times, even at The Brownstone apartment. The source also says that the affair is an open secret, and in their circle of friends (Al’s, Caroline’s and Jill’s), “everyone knows” about it.

4. Jacqueline Laurita Will Be Appearing on Manzo’d With Children

Jacqueline Laurita married Caroline’s brother Chris and built a great friendship with Caroline over the years in addition to co-starring with her on the Real Housewives of New Jersey. Laurita took a break from the show for a while, but has recently returned. She spends most of her time tending to her autistic son Nicholas.

This season on Manzo’d With Children, Laurita is reported to appear on the show and says it was a great time filming with the Manzos. 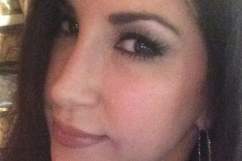 5. Caroline And Sister Dina Are Feuding

Over the years, Dina and Caroline have had their ups and downs, along with former cast member Jacqueline Laurita and husband Chris, who have fought with Dina as well. Jacqueline, Dina, and Jacqueline’s daughter Ashlee Holmes got into a Twitter feud not long ago when Ashlee poked fun at her aunt, who then tweeted:

Just a hint of why I stay away from Holmes and her mom, Laurita.

Laurita jumped in to defend her daughter. As for Caroline and Dina, it’s been speculated that Dina’s friendship with Teresa Giudice, created a further wedge between her and her sister since Caroline is not a Teresa fan. Reports said sometimes they were fine, while other times they were back to feuding. Currently, they are said to be on the outs. 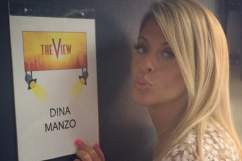