Kesha and Dr. Luke pictured together in April 2011. (Getty)

Dr. Luke is Kesha’s producer and manager. He’s at the center of a shocking new lawsuit filed by the singer that accuses him of physically, emotionally and sexually abusing her for years. She’s been with Luke in a professional capacity since she was 18, and Kesha says the abuse has been going on the whole time.

1. Kesha Says His Abuse Drove Her to an Eating Disorder

TMZ reports that in a new lawsuit, Kesha says Dr. Luke’s prolonged sexual, physical and verbal abuse drove her to an eating disorder.

In February 2014, TMZ reported that Dr. Luke was accused of calling Kesha “a fat f**king refrigerator.”

This lawsuit is a wholehearted effort by Kesha to regain control of her music career and her personal freedom after suffering for 10 years as a victim of mental manipulation, emotional abuse and an instance of sexual assault at the hands of Dr. Luke.

The facts presented in our lawsuit paint a picture of a man who is controlling and willing to commit horrible acts of abuse in an attempt to intimidate an impressionable, talented, young female artist into submission for his personal gain. Kesha is focused on moving her life and her career beyond this terrible time.

In January 2014, Kesha announced that she was checking into rehab to deal with an eating disorder. Her mother, Pepe Sebert, told People Magazine at the time:

Dr. Luke told a friend of ours he thought she looked like a refrigerator on her latest video, and could she please try to control her weight. After she went on a 14-day juice cleanse, he said, ‘Thank God you finally got rid of the weight! We’ve all been talking about it!’ So she felt like she couldn’t trust anyone.

Sebert added that her daughter had a mental breakdown at a gas station around Christmas 2013, after which she called her mother and admitted her problems.

2. Dr. Luke Has Filed a Counter-Suit

Just hours after Kesha’s lawsuit went through, Dr. Luke filed a suit right back at her, reports TMZ. His lawyer, Christine Lepera, told the gossip site that Kesha’s statements are part of “a campaign of publishing outrageous and untrue statements.” The sum argument of his suit is that Kesha is just trying to get out of a binding contract he has with her.

3. Kesha Says Luke Made Her Snort Something & Then Forced Himself Upon Her

Kesha first signed with Dr. Luke when she was 18 years old. According to the lawsuit, Dr. Luke supplied her with booze and drugs. The lawsuit states that during one plane ride, Luke, after giving the singer something to “snort,” tried to force himself on her.

In another horrifying instance, she claims Luke attacked her at his house in Malibu, and she ran from the home and hid from him in nearby mountains.

4. He Killed Kesha’s Album With The Flaming Lips

The Flaming Lips during one of their famed live shows in 2013. (Getty)

In November 2013, Rolling Stone reported that Kesha’s collaboration with the Flaming Lips was being called off. The album was due to be called Lipsha. Lips’ singer Wayne Coyne tweeted at the time:

As of now …sadly there will be no Lip$ha…. I can't say why… It is sad… pic.twitter.com/sdAP8bLXDn

Rolling Stone reported that Kesha had subsequently sent a message to a fan saying that Luke had nixed the album and that she wanted to do it.

In September 2013, a die-hard Kesha fan named Rebecca Primmel launched a petition to free the singer from Dr. Luke’s clutches. Primmel told Spin back in 2013:

When Kesha, young and naive at the age of 18, was signed to Luke’s eight-album contract, it’s obvious that she was unaware of the severe pop puppeteer act she was soon to play by. What our fear as her fans should be is that she will soon lose interest in playing this industry game and stop releasing music under the tyrannical finger of Dr. Luke.

Dr. Luke is a Grammy-nominated music producer and songwriter. The list of artists he has worked with reads like a who’s who of pop music over the last 10 years. In 2011, Dr. Luke was featured in an ABC News feature calling him “The Hitmaker.”

His first major hit was Kelly Clarkson’s 2004 breakout single, “Since You’ve Been Gone.” Other mega-hits he produced include “I Kissed a Girl” by Katy Perry and “Who Knew” by Pink. His career in music began when he was the guitar player on SNL’s house band between 1997 and 2007. 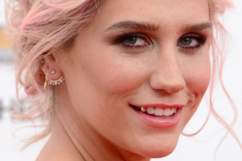