Tonight another contestant got eliminated on Survivor … Drew Christy. With John Rocker gone, Dale realizes that he’s next on the chopping block if their team loses again. The other tribe (Hunapu) doesn’t know about Rocker’s elimination yet, but they have found their flint. When Rocker’s girlfriend Julie realizes that John has been sent home, she’s very surprised but understands that the way he played the game is what got him eliminated. In tonight’s one-on-one challenge, Jaclyn had to go up against her boyfriend John. Though it was very close, Jon won and Jaclyn was sent to Exile Island along with Jon’s teammate Drew. Before sending Jaclyn away, Jon told her how much he loves her and that he misses her. Keith goes in search of an idol and believes that Jeremy beat him to the punch. This angers Jeremy, who is a fellow fire-fighter, felt betrayed by Keith.

As far as the tribe challenge, Drew of tribe Hunapu admits to the camera that he threw the challenge because he wants some of his tribe members gone. While Jon wants to vote off Julie, Drew makes it his mission for his teammates to vote for Kelly because she’s a fierce competitor. This makes the girls want to get rid of Drew. Jeremy agrees that Drew is a “moron,” but he wants to get rid of Keith. This makes Jeremy wonder if voting Drew off would be the best way to go. The tribe members are definitely conflicting in their opinions, which made for an interesting elimination.

Votes were all over the place, a couple for Drew, Julie, Kelly, and Keith. Ultimately, it was Drew Christy who was sent home. His “master manipulation” skills backfired. 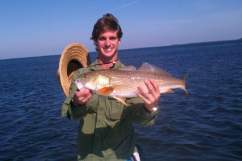