Hank Baskett has been caught up in a cheating scandal with a transsexual model named Ava Sabrina London (pictured above). This has been extremely difficult for the former football player as well as for his wife Kendra Wilkinson, especially because they have two young children together. According to reports that London has given, Baskett contacted her online and eventually met up with her at her condo. To back this up, there was footage shown of Baskett outside London’s apartment building. For more information on this, you can check out the full run-down on the alleged events between Baskett and London by checking out the below link:

According to London, who has passed a polygraph test, answering questions about a sexual encounter with Baskett, Baskett came to her home and the two went into her bedroom. Then, the two supposedly masturbated together. According to London’s reports, Baskett gave her $400 at her home after their encounter and brought her $2,000 on a separate occasion. Now, a sound clip has been leaked of a phone call allegedly between London and Baskett. We hate to say it, but it does sound like Baskett on the phone. You can listen to it below:

The recording was of what seemed to be a cover-up of a cheating scandal. The man who’s allegedly Baskett was pleading with London to not speak with the media about their encounter and that any money they offered her, he promised to pay her so that she wouldn’t say anything to the press. He begged her to please not say anything because of his kids and also said that the media had contacted his reps about the allegations. Then, he tells London that his reps told him the media says that two weeks before Kendra gave birth, he hooked up with a “tranny.” London reveals that her “friend” was the person who was leaking the story about the sexual encounter. London says that a reporter offered her $5,000, but she didn’t say anything to him. The man who’s supposed to be Baskett tells London he will get that money to her over time and that he swears on his children she will get the money.

On the recording, the man who’s supposed to be Baskett thanks London over and over again for not speaking to the media. He also wanted to make sure that her friend didn’t take a photo of the two of them. The call ended with the man who’s reportedly Baskett telling London that he’ll check in periodically and he apologizes to London for putting her in the middle of this situation.

Presently, Baskett has his own apartment, is in therapy, and is working to get back into the home of his family. Wife Kendra Wilkinson is sticking by his side currently. This entire cheating scandal is playing out on the latest season of their reality show Kendra On Top.

For more information on the scandal, check out the below links: 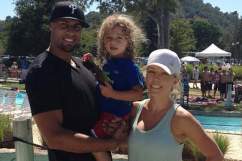 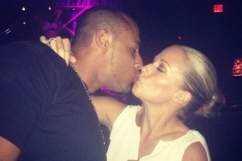 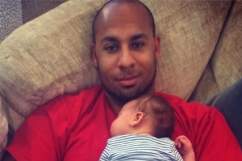 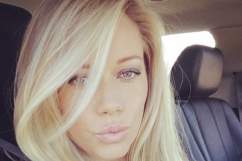