Hugh Dancy is a brilliant actor and the husband of Claire Danes. Read on for the facts …

In 2013, Claire Danes appeared on Live With Kelly And Michael and talked all about how she “married up.” Danes opened up about husband Dancy’s family wealth and their house in France:

His family has a house in France. It’s the family home where we got married. It sounds fancy doesn’t it?

Dancy was raised by academic parents in England and attended several well-regarded private schools. His siblings now live in Paris.

2. He Starred in Hannibal

In 2012, Dancy was cast as Will Graham in Hannibal, the TV adaptation based on the main character of Thomas Harris’ 1981 novel, Red Dragon. Biography.com writes:

In Hannibal, which premiered in 2013, the actor plays Will Graham, a socially awkward criminal profiler, who catches killers with the help of psychiatrist-turned-cannibalistic murderer Dr. Hannibal Lecter.

Movies that Dancy has appeared in include Black Hawk Down, Ella Enchanted, and Confessions of a Shopaholic.

3. Danes And Dancy Met On Set

Dancy met Claire Danes on the set of Evening in Newport, Rhode Island, and they began dating. Dancy told The Standard:

I went out to appear on Broadway in Journey’s End for five months. To do something very English, very British. Then my personal life changed and I ended up staying there. I made a movie and met my wife.

In February 2009, they got engaged and they got married privately later that year. They have one child together, son, Cyrus Michael Christopher Dancy, born on December 17, 2012.

4. Dancy And Danes Have Been Subject to Divorce Rumors

Much like any married couple in Hollywood, Dancy and his wife have been in the media for divorce rumors in the past. In 2013, Celebrity Dirty Laundry wrote about Dancy and Danes clashing over each others’ parenting styles, writing:

She apparently can’t seem to leave a single moment of their 10-month old sons life to chance. Every second is scheduled and Claire insists that this strict schedule is followed to the letter, meanwhile Hugh is much more laid back. He believes that little Cyrus will make it clear when he is both hungry and tired and that the clock means nothing.

Danes has also been reported as very emotional and difficult. Whether the reports are true or not, has not been confirmed.

5. He Tries to Keep Guidelines for His Marriage

When it comes to his relationship with Danes, Dancy says that he and his wife have to keep guidelines in their relationship. He told The Standard in an interview:

We have got to be happy as a unit and I also want both of us to be happy independently and fulfilled in what we do, so there has to be some elbow room … You have to have, not rules, but things to aspire to, like not being apart too long, basic stuff. Don’t take a job in Australia without telling me! Hah, that came out sounding a little personal. Neither of us has done that yet. 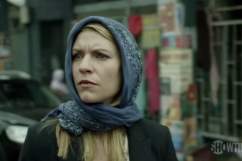