Jennifer Love Hewitt took some time off to become a new mom and wife to actor Brian Hallisay. The two met while working together on the show The Client List, but now they each have new gigs – Hewitt on Criminal Minds and Hallisay on Revenge. We’ve watched Hewitt over the years from her Party of Five days to her screaming at the top of her lungs in I Know What You Did Last Summer to her Ghost Whispering days. This is a veteran in the industry that’s amassed a net worth of $18 million. She’s accomplished and we’ve already grown to love her over the years. Let’s check out all the details on Hewitt’s rold on Criminal Minds. 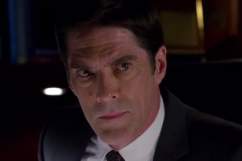 1. Hewitt’s Known the Show’s Producer Since She Was a Kid

Hewitt has joined the show as Agent Kate Callahan to fill the void of the character Blake, who exited on the finale last season. As far as how Hewitt came on board, she tells Entertainment Weekly:

They were looking to add a new cast member and obviously I spent some time at CBS before, doing Ghost Whisperer. Honestly, I had always wondered and been waiting to find the perfect way to get back. My first CBS experience was so awesome. They’re great, and Les [Moonves] has been great to me. I was really excited when they called and asked to take a meeting. I met with [showrunner] Erica [Messer], who I’ve known since I was 14 from Party of Five. I hadn’t seen her in a really long time, so it was great to catch up with her. It all fit and the timing was perfect.

So, what can we expect with Kate Callahan on the show? Hewitt tells Entertainment Weekly:

Kate is a really interesting woman. She comes to the BAU with her own experience, which I like. I wasn’t quite sure at first if I was going to be a newbie who hadn’t done this before. When they told me about her, I was really excited that she comes with her own background and talent. She had met the BAU team before in an interesting way, which they talk about in my first episode. It’s fun how they’ve all run into each other one other time before Kate gets added to the team. She has a lot of gumption. She’s very feisty. If she’s afraid of a bad guy, she doesn’t show it. She enjoys her job. She really enjoys understanding these people better and getting them put away.

There isn’t really any friction when Callahan joins the team since they’ve all supposedly met her before. Like usual, things pretty much just jump into the next “bad guy” story.

3. Callahan Gets Paired Up With Rossi

In the beginning, Rossi is who she’s with the most. I’d say Rossi and Hotch (Thomas Gibson) really are the people she’s with. I always say she’s like the Barney Fife to Hotch’s Andy. She gets really excited to go where he tells her to and be at his side in that way. She and Rossi have a really sweet connection. They have a lot of respect for each other and really enjoy working side by side.

Later on, Callahan gets to work more with Morgan as well, and of course, the rest of the team.

4. Hewitt’s Character Has an Intense Backstory

Callahan joins the team with Rossi and Hotch being the only ones who know about her background. As far as Hewitt is concerned, she hasn’t let too much slip about her character’s past, but she does reveal this:

You will get to know it pretty quickly into the season. It’s not like a cliffhanger or anything, but it explains a lot about what some of her triggers will be, why she’s so willing to be feisty and finds real disgust in these people that she has to deal with on a daily basis.

Something pretty tragic happened in her life, but she wasn’t a victim necessarily. Her secret is not like Blake’s at all. She’s been dealt a hand that most people aren’t dealt. There’s no secret in that, but she also doesn’t want it to be what defines her, certainly to the rest of the team.

5. She Starts Off Undercover on the Premiere

On the premiere of the season, Hewitt’s character starts off undercover, but, apparently, it’s not always like that. It seems that it’s just for the premiere. Hewitt dishes about wanting her character to go undercover again saying:

I hope so. We haven’t done it again yet, but it’s only the beginning of the season. I really had fun with the undercover part of it in the beginning. I’m hoping it’s something she’ll get to use because it is different.

Showrunner Erica Messer expands on how we first meet Hewitt’s character and what makes her different. She tells TV Guide:

You see her interacting with a criminal in a way you don’t see our team doing it, which is she has to act like she enjoys being with this person before turning the tables on him. One of the things she says to Hotch is, ‘It takes me a couple of months to catch one offender. You catch a new one every week. How do you do that and how do you not let it take over your life?’ She’s got to adapt to that skill set, which we’ll see throughout the season. 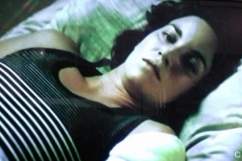