Jessica Lange stars as Elsa Mars on American Horror Story: Freakshow and fans are awaiting her performance in season 4. The season is set in 1952 and is about Elsa’s sideshow outside the small town of Jupiter, Florida. Jessica Lange plays a former German cabaret singer and sideshow owner who aims to save her fading show – Fraulein Elsa’s Cabinet of Curiosities. Lange talks about her character to Entertainment Weekly, describing her as this:

My character is very manipulative. She understands what’s needed and she provides it. However the thing I want to be very clear that Elsa really loves these people. She truly cares for them in her own selfish narcissistic way. It’s not just exploitation.

Read on for all the facts on Lange, her journey to the top, and the reports of her leaving American Horror Story. 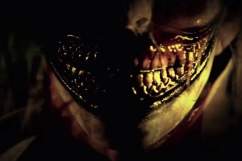 1. Lange May Not Be Returning for the Show’s 5th Season

I try not to think about it. I’m so close to her and I love her and I would be bereft if she left. I’m not even going to pretend that’s an option. I’m just going to keep pushing until the door completely slams, and it opened a sliver this week. I know what next season is and I pitched her the world and she leaned in a little bit and said, ‘Really?’ So, never say never … Even if she did one episode, that would be great. The fans love her and she was one of the big reasons why the show has done very well, so I want to keep her in the world. I’ll never give up that battle and told her I will not take no for an answer. So my seduction continues.

Co-star Sarah Paulson expressed her sadness at the thought, revealing:

I can’t imagine doing American Horror Story without her. I would be so ill to not be a part of this. I would be over the toilet vomiting if this show was happening and I wasn’t a part of it. I don’t know what I would do. I would feel like I was missing a limb.

Jessica Lange has been in the media for the premiere of the show, but also for something that happened on the premiere party red carpet. Glee actress Lea Michele showed up to the event and was reportedly snubbed by Lange when she tried to say “hi.” Daily Mail reports:

As Lea posed on the red carpet at the premiere of FX’s franchise, American Horror Story: Freak Show, she spotted the legendary actress walking past her. The 28-year-old Glee actress looked thrilled and said ‘Hi!’ to Jessica who proceeded to promptly walk past her without so much as a backwards glance.

3. Lange Has Suffered From Severe Depression

Lange has battled depression in her past, revealing once that:

I have never been a believer in psychoanalysis or therapy or anything like that. I’ve never done that. Though my dark side is dormant right now, it continues to play a big role in whatever capacity I have to be creative. That’s the well I’m able to tap into, where all the anguish, rage and sadness are stored.

Perhaps it’s her study of Buddhism that has helped her through bouts of depression over the years. Lange once stated:

It’s been a discipline that makes sense more than anything because it’s like a science. I’ve never been a religious person. I’ve always looked for some kind of spiritual meaning. I didn’t grow up going to church. My mother’s family were atheists and my father’s side was confused.

Lange said that she dealt with depression after she had children.

4. Her Love Life Has Been Colorful and Filled With Children

Last year, Lange was rumored to have had a lesbian affair with AHS co-star Sarah Paulson. Of course, this was a false report and Lange denied it, but that doesn’t mean she hasn’t had an exciting love life. Lange has had a colorful past in the ways of love. First, she was married to photographer Francisco “Paco” Grande from 1970 to 1981. They moved to Europe together and became separated in the mid-1970s, though they didn’t divorce until the 1980s. Her relationship with famous Russian ballet dancer Mikhail Baryshnikov overlapped with her marriage to Grande as they were together from 1976 to 1982. Lange then gave birth to her first child with Baryshnikov, Aleksandra, in 1981. At that time, Lange was also romatically linked to Bob Fosse.

In 1982, she began dating playwright Sam Shepard and they later had two children together – Hannah Jane (born 1985) and Samuel Walker (born 1987). They moved all over the country before separating in 2009. In addition to having her own children, Lange fostered a child with disabilities from Romania in the 1990s.

5. She Was Highly Critical of the Bush Administration When George W. Bush Was in Office

Like many, Lange was not impressed with the former President George W. Bush when he was in office, calling his administration, “a self-serving regime of deceit, hypocrisy and belligerence.” In 2005, Lange spoke out at an anti-war protest in Washington D.C., saying:

Not one military funeral has been attended by George Bush or his cabinet. This disregard for human life only reinforces the knowledge that this man has no heart … All their reasons for waging war on Iraq have been proven to be manipulation of facts, untruths and lies, lies, and more lies. And then he dares accuse us of being guilty of wrong thinking, a man who traffics in deadly lies, the front man for an administration who came into office with the intention of taking out Saddam and becoming an occupying force in Iraq, members of the Project for the New American Century, who promote an ideology of U.S. domination through the use of force, who have imposed their politics of scorch and burn on the American people and made us complicit against our will in their regime of shame.

Democracy Now reports that Lange’s statements were in response to Bush making this statement about the anti-war movement:

I recognize their good intentions, however I think their position is wrong. Withdrawing our troops would make our world more dangerous.

Prior to this, Lange was also reported as stating that:

I hate Bush. I despise him and his entire administration – not only because of its international policy, but also the national. Today it makes me feel ashamed to come from the United States – it is humiliating.