Last month, former Alaska Governor Sarah Palin and her family were in a drunken brawl at a house party when police were called. Homeowner Korey Klingenmeyer ​was having a birthday party for his son and twin brothers Marc and Matthew McKenna. Palin’s husband, Todd, is a friend of the McKennas and was also celebrating his 50th birthday.

The story was originally broken by Alaskan political journalist Amanda Coyne, who gave details about an alcohol-fueled-party-turned-violent and attended by Sarah and Todd and other members of their family including daughters Bristol and Track.

The Anchorage Police Department have now released the police audio of the debacle and it’s pretty rich. One of the best moments is told by Bristol:

And here’s an interview by police with the Palin family and Matthew McKenna: 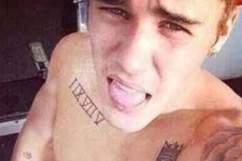