On tonight’s episode of Scandal, episode 4, it’s the moment we’ve all been waiting for … Olivia and Fitz finally speak to each other in an emotional scene. Since Olivia has returned to D.C., the two have been avoiding each other to try to cool off their affair, but it looks like that fans of the couple may have something to salivate over again soon. So, how do Olivia and Fitz end up alone together in the first place? Fashion N Style reports:

Although Olivia has been trying her hardest not to get tangled up in White House affairs, after Fitz and Mellie’s daughter goes missing, Olivia finds herself right back at the epicenter of drama with the President and the First Lady when she’s called upon to help out with some Grant family drama.

In addition to the Olivia & Fitz news, Hallels reports another spoiler:

There is another storyline that continues to thicken in this episode, and that is of Huck and Quinn’s new discovery about Catherine. They got more clues about her and learn surprisingly that Catherine is the prime suspect in the murder of her own daughter.

Another big issue is when Mellie finds out that Olivia is back. Watch the clip below:

As for upcoming episode 5, its title is “The Key” and the plot is:

Olivia and the team will continue to investigate Catherine’s case, but Olivia will be distracted when Jake stops returning her calls. Meanwhile, Cyrus will fall deeper into the rabbit hole with Michael. David is going to realize what it’s like to finally be a winner in DC, and Fitz will seek answers to Jerry’s death. 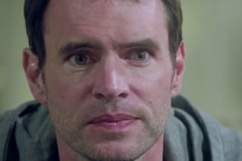 Read More
Celebrities, Kerry Washington, Scandal, Tony Goldwyn, TV
Tonight on Scandal, Mellie finds out Olivia is back and we finally get to see Fitz and "Live" together again. Check it out.