Several of The Flash’s most infamous villains will be making an appearance on the show. Check out the list below to find out who The Flash will be doing battle with during his crusade to protect the denizens of Central City:

7. A Fellow DC Comics Superhero Will Hopefully Be Making an Appearance

Actor Carlos Valdes has been given the role as Francisco “Paco” Roman, a young mechanical engineer who works as a scientist at S.T.A.R. Labs. Hardcore DC Comics fans should find that name very familiar, as it’s the real alias of another superhero – Vibe.

8. The Flash Will Be Broadcast in Three Different Countries

The Flash TV show will be making its debut on The CW Network on October 7, 2014. The show will also be making its premiere in Canada on the very same evening it debuts in the United States. The Flash will hit Australian television’s in December 2014.

9. Early Reviews for the Pilot Episode Have Been Positive Thus Far

Several reviews have hit the web regarding the 1st episode of The Flash. The majority of them have largely been positive, nothing that the show could grow to be more appreciated over time just like Arrow has recently been regarded. IGN’s review awarded the pilot episode with an 8.4. and gave the following verdict statement below:

After one episode, it’s already clear that The CW’s first Arrow spinoff is more than capable of standing on its own. The prior buildup in Arrow’s second season really helps this new series start off on the right foot and rapidly build Barry Allen’s new status quo. Gustin is quickly coming into his own, and the supporting cast is solid as well. But hopefully we can look forward to more complex villains as time goes on, as well as a series mythology that can subvert expectations as much as Arrow has.

10. Five Episodes of the Show Have Already Been Filmed and Given Titles

Along with the 1st episode (titled “City of Heroes”), five episodes of the show have already been given their titles. Check out the list of titled episodes below and see if you pick out any clues as to who will show up on future installments of The Flash: 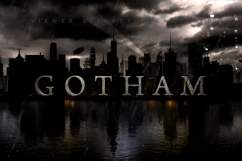