Marvel recently announced its upcoming movie slate, stretching all the way to 2019, with one of those movies titled Captain Marvel. So far the film is without a leading actress, and I have 10 actresses in mind who would would be excellent choices for the character of Carol Danvers. For a brief explanation of the long history of Carol Danvers, from her time as a human without powers and supporting character, to changes in superhero titles including War Bird and Binary, to her arguably most iconic title of Ms. Marvel, to her most current incarnation in 2012 when she took over the title of Captain Marvel, you can watch the video below:

Captain Marvel will be the first female lead in a Marvel movie and will be part of Marvel’s Phase 3 films. Here are the 10 actresses I believe should play the character of Carol Danvers, aka Captain Marvel.

One of only three women on the list with a martial arts background and one of only two on the list who can actually say they were a world champion competing at the highest level, Gina Carano would make an excellent casting choice for Carol Danvers. She was the star of Haywire and featured in Fast & Furious 6, along with a few other roles here and there in TV and movies. I thought Carano would have been the perfect casting for Wonder Woman to a tee, so why not not Captain Marvel? While she may not be the perfect casting for Carol Danvers, she holds a lot of potential. She clearly has the credentials in the action department, but her acting could use some work. However, Marvel has on more than one occasion cast “unknowns” or non-household names for leads, so it wouldn’t be a stretch. Rumors of her return to MMA have been cycling for quite some time, but nothing has come of it. This makes it the perfect time for Marvel to take advantage of what DC did not, the potential for Carano in a leading super female role.

Marvel originally wanted Emily Blunt to play Black Widow in the MCU but couldn’t due to her holding previous obligations. So it would a good idea for Marvel to revisit those past negotiations. She’s an outstanding actress, has amazing screen presence and could definitely take on the role of Carol Danvers with ease. In her most recent role in Edge of Tomorrow, Blunt got to take on an action role with a ton of green screen and CGI, which is what one would expect to be the case again in a the Captain Marvel movie. Kevin Feige and the Marvel clearly saw something they like about Blunt from before and if Guardians of the Galaxy taught us anything, it’s in Feige We Trust.

Best known for her role as Sarah Walker on Chuck, Yvonne Strahovski looks like fans’ second choice to play Danvers, right behind Katie Sackoff — who didn’t make my list. While she doesn’t have the resume of others on this list, her time on Chuck has made her a fan favorite, even to the point that some fans are trying to petition her into the role of Danvers. While that will most likely mean nothing in Marvel’s overall decision, Strahovski has a lot of potential to be another one of those Marvel relative “unknowns” and surprise everyone with her talent. She has the look, she has the ability, and she has the fans behind her. I believe Strahovski has all the potential elements needed to be Marvel’s next big star.

Another one of those relative “unknowns” and one of three women on this list with a martial arts background, Katheryn Winnick is star in the making and has a bright future as an actress. A licensed bodyguard, holding a third-degree black belt in Tae Kwon Do and a second-degree black belt in Karate, Winnick clearly has the real-life ability needed to translate into choreographed action sequences. However, it is her acting skills, which she displayed as Lagertha in Vikings, that make her really shine. Winnick completely owns that role in both acting and mannerisms, bringing her character to life, and is one of fan favorites of the show. Between displaying passion, enthusiasm and personality as Lagertha, Winnick wins at showing a strong female character. It would be a wise decision by Marvel to cast Winnick, who holds everything you’d want in an actress to play Captain Marvel.

America’s sweetheart and possibly the hottest actress in Hollywood right now, Jennifer Lawrence would be a big name to attach to a relative unknown character. Lawrence is the complete package as an actress. Personality? Check. Acting ability? Check. Versatile? Check. Resume? Check. And it doesn’t hurt that Lawrence is beautiful and has already been attached to widely successful films such as X-Men: Days of Future Past and The Hunger Games. Lawrence would have the biggest pull among any actress in Hollywood to bring this character into the mainstream. Plus, while she’s already played a Marvel character in Mystique, luckily Fox owns the rights to X-Men and Marvel would be completely free to bring her over to the MCU. Also if you look at Lawrence and the picture of Captain Marvel at the top of the page, the two are almost identical with the short hair style.

Margot Robbie was an instant success with fans in her portrayal of Leonardo DiCaprio’s love interest in The Wolf of Wall Street and was nominated for several awards. The Australian actress does not have the action credentials or even the resume of many on this list. However, it can be argued she did such an excellent job in The Wolf of Wall Street that she only has the same potential as the lead in Captain Marvel. Robbie could fizzle out after peaking in The Wolf of Wall Street, but that’s unlikely. Marvel is known to take calculated risks that pay off, and Robbie could be the perfect calculated risk to introduce one of Marvel’s most influential female characters into its cinematic universe.

Natalie Dormer previously appeared in a Marvel film as Private Lorraine in Captain America: The First Avenger, but it wouldn’t be that difficult to cast her again in a larger role. Maybe Marvel could even write it off that Private Lorraine is a distant relative of Danvers, creating the similarities in appearance. It even works well as a nice Marvel gag or Easter Egg. Prior Marvel appearance aside, Dormer could clearly own her role as Carol Danvers, displaying extensive layers of character, personality and acting abilities as Margaery Tyrell in Game of Thrones. If you watched the video provided at the top of the page, then you already know Carol has a complex and rich history of character flaws and story lines. So depending on how Marvel wishes to create this character on screen, I have no doubt that Dormer would be able to make Danvers her own. While she may not have the background as an action star or even the physical presence, Dormer easily has the acting ability to make up for it. Before Iron Man 2, the same could have been said about Scarlett Johansson, who has had no problems playing the super spy Black Widow. An added plus: Natalie Dormer already rocks a similar look to Carol Danvers’ hair style and looks amazing in the process.

Alice Eve was charming and even a bit quirky in her role in Star Trek Into Darkness, which could translate easily to a Carol Danvers onscreen, similar to the character of the cartoon show Avengers: Earth’s Mightiest Heroes. Carol Danvers would be brand new in comparison to already established heroes and might even hero worship them before becoming one herself. The kind of character written in Avengers: Earth’s Mightiest Heroes would make perfect sense for Captain Marvel’s first run onscreen. She should display some lack of confidence and an air of uncertainty when placed alongside gods, geniuses and legends. Being a beautiful blonde with stunning eyes, one blue and one green to be exact, obviously helps in looking like Danvers, but it’s embodying the character that really counts. If Marvel wants to go the direction of beginning with someone who is unsure of themselves and their new abilities, growing into a strong and influential character, I think Eve would be a great start to building and growing Captain Marvel into a household name.

The third woman on the list with a real life “action” background, UFC Women’s Bantamweight champ “Rowdy” Ronda Rousey is another diamond in the rough whom Marvel would do well to bring into the fold. Rousey has the physical presence and resume, easily owning every other candidate in that field, even Carano. She’s featured in both The Expendables 3 and Fast and Furious 7, along with being cast in the upcoming Entourage movie. While she doesn’t have much of an acting resume, Rousey is clearly on the rise in Hollywood and one of the biggest female athletes in the world. If she can exude and channel the same type of passion and emotion she does in her sports career and in interviews, Rousey would make for an interesting and layered character. She’s a huge fan of wrestling and a student of the extremely colorful “Judo” Gene Labell. So if she can find the right acting coaches and puts the same effort into acting that she does into martial arts, the sky is the limit for Rousey. She’s a star as an athlete and is beginning to make waves in Hollywood. If Marvel can jump on the bandwagon early, it can only help her own stardom and allow Marvel to craft her from the start, creating the perfect Captain Marvel.

Jessica Biel seems like a no brainer, but most people don’t have her on the radar as a potential Carol Danvers. Biel has the resume in almost every kind of acting role and a fairly extensive one in action films. She’s drop dead gorgeous and easily has the physicality to play in what will likely be a physically demanding role. While she may not be a natural blonde, that’s nothing some hair dye and blue-eyed contacts can’t fix. Even if she doesn’t receive the casting for Carol Danvers, there is a vast number of female characters she could play from the Marvel library. Whether it’s Captain Marvel, She-Hulk, Jessica Jones, Spider-Woman or any Marvel heroine, Feige and team just need to get Biel onboard in any role possible. She’d be an amazing addition to the MCU and it’s slightly confusing why she hasn’t been. And no, Blade Trinity does not count; that’s New Line Cinema not Marvel Studios. 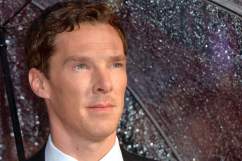