One Direction is one of the many acts performing at the 2014 American Music Awards. The five guys we love – Liam Payne, Zayn Malik, Louis Tomlinson, Niall Horan, and Harry Styles – are set to perform music from their new album “FOUR.” Some were worried that Zayn Malik wouldn’t be there after he was absent from the band’s big concert and interview on the Today Show. Unfortunately, because of Malik’s absence, drug abuse accusations came up and the band, especially Zayn, was not happy, Liam Payne stuck up for his band-mate and assured viewers that he was ill with a stomach bug.

Another contributor to Zayn’s absence may have been the reported feud and departure of the band’s longtime tour manager Paul Higgins, who they all called “Daddy.” You may remember him from the boys’ first movie as well as from his wedding video that was posted online with all five of the 1D boys in attendance. According to The Mirror:

Paul Higgins, who had worked with the band since shortly after they formed in 2010, was one of their closest confidants and a major part of their touring operation. But it was claimed he clashed with Zayn and last week flew back from the US, where the band are promoting their new album, “Four.” A source said: “There have been issues behind the scenes for a while, and they’ve finally come to a head leading to Paul’s relationship with the band coming to an end.”

In the past, members of One Direction have not been fans of The Mirror and have said that their stories are fabricated. Hopefully, this is the case with “Daddy” and Zayn. Another disturbing rumor is that Zayn is actually leaving the group, but how could he possibly let down all the directioners? Of course, this sounds like just another bullshit rumor. Nonetheless, RTE reports a source as saying:

Zayn is fed up with the whole fame thing. He loves singing and his fans but he just wants a quiet life now. He has become increasingly disappointed with the little amount of time he can spend with Perrie. Unfortunately she is in a band too, they have so little time together. Zayn appreciates how lucky he is, but life is about family for him and he is seeing too little of his loved ones.

Think happy thoughts as this isn’t the worst of the rumors One Direction has had to deal with. 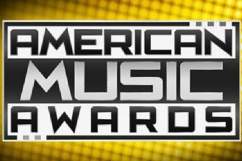