Ashton Mosley is read to party as a cast member on CMT’s Party Down South 2. She’s very religious, but mostly just about her whisky. When packing to head out for PDS2, she was sure to pack her “boner bag,” filled with her fun, more scandalous clothes. She lives under the watchful eye of her parents, so she can’t wait to further break out of her shell and get drunk with the best of ’em. Read on for all the facts on Ashton and what you can expect from her this season.

1. Mosley Is a Preacher’s Daughter

Mosley sings in the choir at her father’s church where he is the preacher. She says she lives a sheltered life and can’t wait to spread her wings … and maybe her legs too. She said she attends church every Sunday, but she’s usually hungover. Check out all about Ashton in the above video.

2. She Just Got Out of a Three-Year Relationship Before Filming

Mosley was in a long-term relationship with a boy named Alex Thurman, but the two broke up before she began filming. Mosley is ready to find a cuddle buddy in the house and is looking forward to being single. By the looks of things on Ashton’s Instagram account recently, though, it seems that she may have gotten back together with Thurman. Check out the above photo of the two of them.

3. Mosley Still Has a Curfew

Her parents still give Mosley a curfew of midnight, so living in a house with 7 other drunk, young, and party-loving people in going to be a big change for her. She likes to please her parents, but just wants to be herself. In fact, to help please them, she’s packing one suitcase “for Jesus” with conservative-wear. The other is her “boner bag.”

4. Cast-Mate Raven Stein and Mosley Get in a Physical Fight Over a Man

After the cast members have settled in, Mosley asks the other girls if she can “call dibbs” on cast member Tommy. Raven Stein thinks that’s immature and says she always gets what she wants. However, Tommy is not the problem. It looks like later on that Bradley is the guy they both want. In turn, the two girls do not get along and end up getting into a physical brawl with each other, where their cast-mates have to separate them. Watch some of the crazy fights in the above clip.

5. She Used to Work at Guelpa Dental Arts in Pensacola 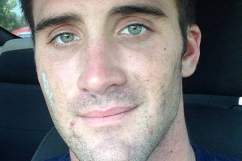 Read More
Party Down South, Reality TV, TV
Ashton Mosley is one of the cast members on CMT's Party Down South 2. Check out the details on her boyfriend, her drinking and her fist fights on the show.