One of the people most affected by the Bill Cosby rape allegations is his longtime wife, Dr. Camille Olivia Hanks Cosby.

The highly educated woman, who met and married Cosby at a young age, has stood by his side before — through a cheating scandal and their child’s death.

Learn more of her story in the facts below.

Camille met Bill on a blind date in 1963, when she was a student at the University of Maryland. The next year they married, when she was just 19 years old.

She told Oprah, “I never felt overshadowed, but I looked up to Bill. He is seven years older than I, and he has always had a maturity, even when he was 26, when we married. So I respected his wisdom and his knowledge…”

A recent biography of the comedian, Cosby: His Life and Times, shed light on his extramarital affairs, including a tryst with Shawn Berkes, who later claimed her daughter, Autumn, belonged to Bill.

The book also notes the effects on Camille: “And decades later, she would confess to the pain that her husband’s ‘selfish’ behavior caused her in their LA years, as he indulged his roving eye.”

In the interview clip above, they are asked about the art collection they recently donated to the Smithsonian. The exhibit opened on November 9, in the midst of the Cosby media frenzy.

2. Her Son Was Murdered

Camille and Bill’s only son, Ennis, was shot and killed on a Los Angeles freeway on January 17, 1997.

At the time of his death he was 27 and on a break from his doctoral studies at Columbia University’s Teachers College in New York.

She spoke to Oprah about the tragedy:

It was horror, and I couldn’t understand why this had happened. I had always taken great pride in protecting my children. I spoke to Ennis the night before he was killed and asked him to be careful about driving on the freeway in Los Angeles. So it was almost intuitive for me that something was about to happen. So then I felt bad that I didn’t stop him in some way, but I couldn’t. I was here; he was out there. 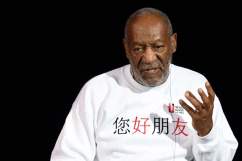 3. Her Husband Dished About Their Sex Life

In a true moment of TMI, Cosby talked about having sex on his 77th birthday with his younger wife in an interview with Jimmy Fallon.

He told the talk show host, “The most frightening thing that you can hear from your wife on your birthday when you are carrying on … is to hear your wife, who is seven years younger than you, say, ‘Keep going.'”

In the skit above, Bill mentions Camille. “My wife and I were intellectuals before we had children,” he jokes. “We were very, very bright people.”

He goes on to list her educational merits, explaining that she graduated from the University of Maryland, a child psychology major with a B plus average.

Then his routine talks about Camille having her first child via natural birth, and then realizing she wanted medicine to ease the pain.

In an interview with Oprah, Camille admits that she dropped out of college to marry Bill.

She decided to pursue her education and went back to school, eventually earning a Ph.D. in education from the University of Massachusetts in 1992.

“So I went back, and when I did, my self-esteem grew. I got my master’s, then decided to get my doctoral degree. Education helped me to come out of myself, to come out of the home, because I had been raising my children. Not that that is a bad thing; it is the most difficult job I have ever had. But that was just one part of my womanness. I had to fulfill myself in other ways, to pursue my interests, to know that I could do many things,” she told Oprah. 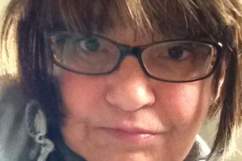