Cameron Diaz is hosting Saturday Night Live and we all know she’s good in a comedy setting. She’ll be hosting with musical guests Mark Ronson and Bruno Mars. In addition to being in the news for her SNL gig, Diaz has been all over the media for a lawsuit going on with her movie The Other Woman. Apparently, the story was completely plagiarized from an Italian novel. She’s also been all over the internet with the latest news on her dating life and her most recent movie news. Read on for the facts on her upcoming roles and her relationship with Benji Madden.

1. Benji Madden Is Rumored to Have Popped the Question to Diaz

Why @CameronDiaz, what a nice ring on that finger next to your pinky..! ;) pic.twitter.com/UUGubUrls0

Diaz and Madden were introduced by Nicole Richie, who is married to Madden’s brother Joel, and the two have been dating ever since. Over the past few months Diaz and Madden have been subject to engagement rumors. Most recently, The Mirror reports:

Hollywood beauty Cameron Diaz has continued to fuel rumours she’s engaged to boyfriend Benji Madden by flashing some serious bling on her wedding finger. It comes as reports in Australian press claim the Good Charlotte rocker actually popped the question back in October. News Corp Australia report an industry source as saying Benji got down on one knee with a diamond-encrusted ring last month, cementing their whirlwind seven-month romance.

For more information on Diaz and Madden’s relationship, check out the below link: 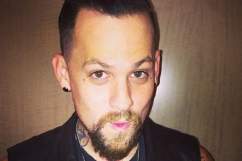 The musical Annie has come to film and Cameron Diaz is one of the stars. Additional A-listers in the film include Jamie Foxx and “it” couple Rose Byrne with Bobby Cannavale. Christian Post writes:

The movie reboot will feature the same songs that were sung in the “Annie” Broadway musicals and in the 1980s movie. The singing parts comes very naturally to Foxx, as the actor has previously recorded his own songs and has done his own singing in films like “Dream Girls.” But Diaz admits that she had to train to play the part.

One aspect that terrified Diaz was the singing. She previously revealed to Marie Claire magazine:

The two things I’m most terrified of are heights and singing in front of people. I just felt like this is something that needed to be addressed. I cried uncontrollably … but the only way to get through scary things is to have a sense of humor about it.

3. Diaz Ended a Radio Interview When They Insulted her BFF Drew Barrymore

When Cameron Diaz and co-star Jason Segel were promoting their movie Sex Tape, they did a radio interview with KIIS 106.5’s “Kyle & Jackie O” and Kyle Sandilands made some rude remarks about Drew Barrymore’s drug abuse past, which Diaz did not find funny. He then started to press her about her relationship with Benji Madden. Diaz ended up stopping the interview, saying:

We’re having to go now. Sorry, they’re wrapping us up.

After Diaz and Segel hung up, Kyle’s co-host sided with Diaz, saying:

Well, that started very well and ended poorly, I think. Good one, Kyle. You ruined that interview. Sorry to be blunt. You brought up Drew Barrymore, her best friend’s drug addiction in the past … She’s her best friend. And then you brought up Benji. We all know how protective Cameron is about her private life.

You can listen to the awkward interview in the above sound clip.

4. Motherhood Just Isn’t For Her

It’s so much more work to have children. To have lives besides your own that you are responsible for — I didn’t take that on. That did make things easier for me. A baby — that’s all day, every day for 18 years. Not having a baby might really make things easier, but that doesn’t make it an easy decision. I like protecting people, but I was never drawn to being a mother. I have it much easier than any of them. That’s just what it is. Doesn’t mean life isn’t sometimes hard. I’m just what I am. I work on what I am. Right now, I think, things are good for me. I’ve done a lot. And I don’t care anymore.

5. Her Ex-Boyfriends Are all A-Listers

I know I'm a California girl, but winter makes me SO HAPPY!! #seasons

Cameron Diaz’s list of ex-boyfriends reads like a Hollywood party’s guest list. In the past, her boyfriends have included video producer Carlos de la Torre, Matt Dillon, Jared Leto, Justin Timberlake, and New York Yankees baseball star Alex Rodriguez. The Daily Mail reports that Diaz’s time with A-Rod was filled with cheating as he supposedly had flings and three-ways with prostitutes.