Tonight is the season 7 premiere of Duck Dynasty and the series premiere of reality show Country Bucks. They are both “redneck style” reality shows that revolve around a single family and they’re empire, so what’s the difference? With DD star Willie Robertson appearing on the premiere of Country Bucks in addition to other upcoming episodes, do the two shows overlap?

Country Bucks features the Busbice family, while Duck Dynasty is all about the Robertsons. That’s not the only difference though. As far as the connection between the two, Matt Busbice tells us that:

We are great friends with the Robertson’s and value their friendship. We hunt together all of the time. Willie will appear in a few episodes including our premiere. We have spent so much time together over the past few years, he sees me as a little stepbrother.

As for the differences between the two shows, Busbice tells FOX News:

We know everybody’s going to say, ‘Oh, they’re just like Duck Dynasty. The main difference is that we really are a completely different business. We sell everything for hunting. Our show is more focused on showing what we make. [We do have] a crazy uncle [like Uncle Si]. He’s the living breathing Uncle Eddie from ‘Christmas Vacation.’ [Also,] I think that faith is important to us as but I don’t know if you’ll see it as much in the show as they portray [on Duck Dynasty] … We feel like its not us verse them. WE feel like we’re a companionship.

Both families are very close. Even though Duck Dynasty‘s show premieres on the same night as Country Bucks, it’s been filling up its Twitter page with reminders to watch the Busbice’s reality show in addition to theirs.

#MCM goes out to Ryan and @MattBusbice of #CountryBucks! Get excited to watch these two charmers Nov 19 at 10/9c! pic.twitter.com/SJLiMRgRt7

So, tune in at 9:00 p.m. ET for Duck Dynasty and Country Bucks at 10:00 p.m. ET. And, don’t forget to vote for Sadie Robertson on the Dancing With The Stars two-part finale, starting Monday. 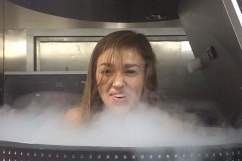 Sadie Robertson – Will She Take Home the Mirrorball Trophy on ‘Dancing With the Stars’? 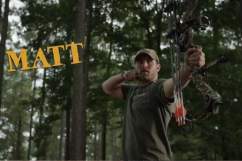