#tbt my first selfie!! On the set for #meanwhilebackatmamas

Faith Hill and Tim McGraw have been married since 1996. They are country music superstars with a collective net worth estimated at $145 million. They’ve each had their hands in acting as well as music and they each have very successful careers. In fact, Hill just joined the show Dixieland. Hill and McGraw are known as country royalty and McGraw says the key to a happy marriage with his wife is that he’s quiet and let’s her run things. Read on for the ups and downs they’ve dealt with as well as all the reasons we love them together.

1. Faith Hill Has Made It Known to Fans Not to Touch Her Husband

In 2007, McGraw was on stage with his wife Faith Hill in Louisiana and a fan grabbed his crotch. Faith Hill was not pleased at all about that and ended up scolding the girl while on stage. The crowd cheered as Hill let her have it.

This past summer, another woman was grabbing McGraw’s leg and he swatted her away. You can check out the video above.

2. Their Most Recent Duet Is Nominated for a 2014 CMA Award

Tim McGraw and his wife have collaborated on several songs over the years, but their most recent one is “Meanwhile Back at Mama’s.” McGraw and his wife are actually nominated for a 2014 CMA Award for this duet. Have a look at the sweet music video above.

3. Jimmy Kimmel Recently Had a Sleepover With Them

In the spirit of the 2014 CMA Awards, Jimmy Kimmel thought it would be a good idea to have a sleepover at Tim McGraw and Faith Hill’s house. Check out this clip of Kimmel looking through their family photo albums with them in the above video.

4. They Have Three Daughters

The couple has three daughters together – Audrey, Maggie, and Gracie. Taste of Country reports that Audrey may be following in her parents’ footsteps. Check out this video of Audrey singing at a pre-show acoustic set for McGraw.

5. McGraw and Hill Were a Huge Help When Hurricane Katrina Hit

#tbt to this year's ACMs, performing the single #MeanwhileBackAtMamas

McGraw and Hill are big philanthropists and when Hurricane Katrina caused so many people to lose their homes, the two stars stepped in. It was reported:

In the days immediately following Hurricane Katrina, Hill and her husband, Tim McGraw, who was raised in Louisiana, joined groups taking supplies to Gulfport, Mississippi. The two also hosted several charity concerts to benefit those who were displaced by the storm.[45] Later in the year the couple established the Neighbor’s Keeper Foundation, which provides funding for community charities to assist with basic humanitarian services in the event of a natural disaster or for desperate personal circumstances. In a special gesture, the couple also donated profits from their performance in New Orleans to Hurricane Katrina relief.

The couple have participated in countless charities and are known to be very generous. 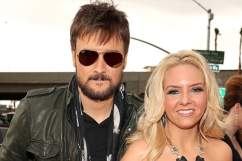 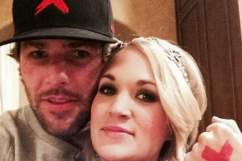 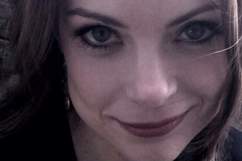