Jennifer Lopez and Iggy Azalea have put their two large tushes together for a “big booty” performance at the 2014 American Music Awards. Check out their official music video above to see what you may be in for at the AMAs. 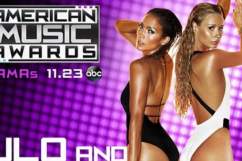 On thing that JLo and Iggy have had to deal with is concerns from producers that their performance will be too provocative. TMZ reports:

Iggy Azalea and Jennifer Lopez have created excruciating stress on several ABC staffers — the censors who will have their hot little fingers on the button during Sunday’s American Music Awards. Our spies tell us … Iggy and J.Lo will perform “Booty” … and network honchos are nervous … real nervous. The execs have set the ground rules … no cracks, no rubbing. There will be a 3-4 second delay, but these shows have a rich history of raunchy performances slipping through … the cracks. It’s interesting … we’re told ABC has not put the kibosh on spanking … something fairly prominent in the music video. But that’s as sexual as execs will allow.

Another collaboration that Iggy has in the works is with Britney Spears, so hopefully we will see that happen soon. 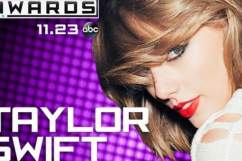