Rapper Nelly lost his sister Jacqueline “Jackie” Donahue in 2005 when she was 31 years old. The two shared the same father and grew close as they got older. People reported:

Growing up in St. Louis, Nelly (born Cornell Haynes Jr.) and Donahue shared the same dad (Cornell Sr., 52) but were raised in different households and only met occasionally. “I’d get on her nerves, and we’d get in fights. Then we’d be mad when it was time to leave,” says Nelly.

Donahue even worked as Nelly’s stylist until she had to stop working because of her illness. Read on for all the facts on Donahue below.

Donahue passed away in 2005 and her obituary gives the details on her cause of death, reading:

Donahue had been diagnosed with leukemia on March 29, 2001. The cancer was in remission for nearly two years before she suffered a relapse, prompting Nelly to arrange a number of bone marrow drives. A match was never found.

Donahue died at a St. Louis hospital and her family released this statement at the time of her death:

We are very proud of her efforts to educate and raise awareness about the disease and the need for African-Americans to join the National Donor Registry. She will always be remembered for her loving spirit, energy and unshakable faith.

2. Nelly Is Showcasing His Life Raising His Sister’s Kids on His New Reality Show

Rapper Nelly has come out with a reality show called Nellyville, where he shows his life as a businessman as well as a single dad raising four kids, two of whom are his sister’s children. For all the info on Nelly’s show, check out the below link” 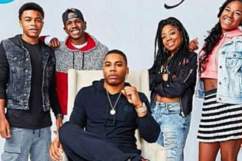 3. Donahue Worked to Bring Awareness to Her Disease

Donahue, with the help of her brother, worked to raise awareness and money to find a cure for her disease. Her obituary stated:

In March 2003, Nelly and Donahue formed a campaign called “Jes Us 4 Jackie” to find donors for Donahue and others, and to raise awareness about bone marrow donations.

4. Nelly Was Shocked By His Sister’s Initial Diagnosis

People had reported that Nelly was initially shocked when they discovered Donahue’s cancer. People wrote:

Working as a stylist for her half-brother Nelly in 2001, Jackie Donahue often complained of being tired. “I thought maybe she just wasn’t used to it,” says the rapper of his hectic schedule. But when an aching Donahue (“I was hurting, my ribs, my bones, everywhere”) checked into a St. Louis hospital that March, she was diagnosed with acute myelogenous leukemia. Says Nelly: “It was a shock.”

5. Donahue’s Daughter Is Sydney aka “Stink”

Sydney is known as “Stink” and aspires to be a supermodel. Hopefully, with Uncle Nelly’s connections, she can make that happen. Sydney still, understandably, misses her mother, who she still posts Instagram pics of online. Lil Shawyn, mostly known as Tab, is Donahue’s son, who hopes to become a rapper like his uncle someday. 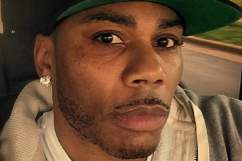