For Woody Harrelson’s opening on Saturday Night Live, he decided to mimic a Taylor Swift song, but was interrupted by his Hunger Games co-stars Liam Hemsworth, Jennifer Lawrence and Josh Hutcherson. As Harrelson tried to get them all to sing along with him, Lawrence flubbed her line and then told him he’s always stoned. The four stars then tried singing together and Harrelson ended things by saying his smoked a lot of weed before hosting tonight. It was awkwardly wonderful.

Check out some of the funniest Vines from the opening as well: 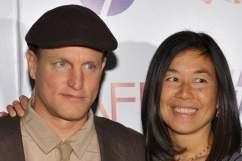