Tonight, President Obama will be making a televised speech about his plans to overhaul the nation’s immigration system. Unfortunately, this will cut into the Latin Grammy Awards. But, don’t get too worried. Univision says it is prepared to postpone part of the awards, so you won’t actually miss a moment of the show.

Obama’s 8:00 p.m. Eastern time announcement will come at the start of the second hour of the 15th annual Latin Grammys, which begins at 7:00 p.m. Thursday on Spanish-language TV network Univision. At least 9.8 million viewers tuned in to all or part of last year’s telecast, meaning Univision defeated CBS, Fox and NBC that night. Univision says it will postpone part of the awards show to air Obama’s speech, while the big four TV networks, ABC, CBS, Fox and NBC, currently have no plans to air the address.

The speech will last approximately 15 minutes. As far as Obama’s plans go, the Star Tribune reports:

Barack Obama declared Wednesday he will sidestep Congress and order his own federal action on immigration — in measures that could spare from deportation as many as 5 million people illegally in the U.S. and set up one of the most pitched partisan confrontations of his presidency. Obama declared that Washington has allowed America’s immigration problem “to fester for too long.” 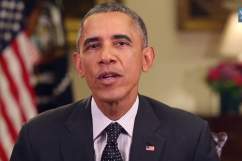 Some are speculating that Obama has strategically planned to give his speech during the Latin Grammys because it’s an opportunity to reach a huge Hispanic audience. The Washington Post reports:

President Obama’s announcement Thursday night of his plans to overhaul the nation’s immigration system is scheduled to happen at an opportune time — at least if the White House is hoping to reach a captive audience of Hispanic television viewers.

Obama gave some details on the speech in a recent video via Facebook:

What I’m going to be laying out is the things that I can do with my lawful authority as president to make the system better, even as I continue to work with Congress and encourage them to get a bipartisan, comprehensive bill that can solve the entire problem. 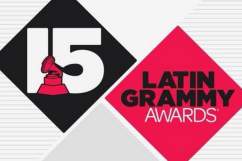 You can also check out the performers ready for the big event: