Scheduled for release on November 2, 2018, Marvel’s Inhumans will essentially be the Marvel Cinematic Universe’s version of the mutants. Since of course Marvel cannot use the term mutants, due to legal issues with Fox over character rights, the Inhumans will be Marvel’s oppressed “minority” in the upcoming films.

The Inhumans are a race of super-humans created by the alien race of the Kree, by splicing their own DNA in humans as test subjects in an attempt to create better soldiers in a war against another alien race, the Skrulls. Inhumans are generally stronger and smarter than normal humans, however, Inhumans receive more advanced and spectacular abilities when exposed to the Terrigen Mist, a mutagenic used by Inhumans to reach their full potential. This video provides an excellent explanation of the Inhumans and their history:

Currently, Marvel has been flooding its comic market with the Inhumans, which is a general trend when preparing something for the cinematic world. With the current Inhumans comic being marketed as a Game of Thrones-esque story, Marvel is trying to reinvent this old property and give it new life.

Here are the seven actors I think should be featured in the first Inhuman film:

Already rumored to be playing the Inhuman king, Vin Diesel makes perfect sense as a casting for Black Bolt. Black Bolt would require very few, if any, lines, and having already provided Groot’s one-liners in Guardians of the Galaxy, Diesel’s presence as Black Bolt wouldn’t cause any harm or confusion. This is a character who Vin Diesel already physically resembles and could largely portray through body language, eliminating any confusion with Groot. Black Bolt has a hypersonic voice — even his whisper can destroy a structures, while a shout could even annihilate a planet — causing the Attilan king to almost never speak. This will require those around him to pick up the slack of the film’s dialogue. Vin Diesel has already teased fans that the role may be his, and I think it should be. 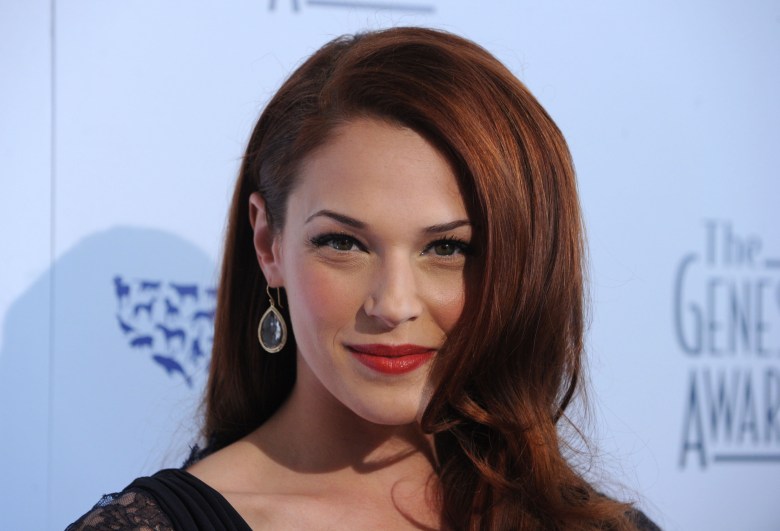 Medusa is the queen of the Inhumans and the wife of Black Bolt. She is also the person who generally speaks for him and would most likely have to carry the movie’s dialogue because, as mentioned above, when Black Bolt speaks it’s pretty destructive. I think Righetti could do just that as Medusa. She clearly resembles the comic counterpart, but she also has the presence to portray the royalty of the character. Pulling off the regality needed for the “voice” of the Inhumans is definitely in Righetti’s capabilities. While no one has been cast for either role, screen chemistry will be a necessity between Black Bolt and Medusa. If given the opportunity, and knowing Marvel’s success with actors, I think Righetti would be an excellent fit for the film.

3. Iwan Rheon as Maximus the Mad

Iwan Rheon is, 100 percent, the perfect casting for the brother of Black Bolt, Maximus the Mad. If not, 99.999 percent the perfect choice. Maximus is the mad genius brother of Black Bolt, with his insanity stemming from the effect of Black Bolt’s voice. Think Loki, except much crazier. Why is Iwan Rheon perfect for Maximus? Well, his performance on Game of Thrones is phenomenal as Ramsay Bolton, formerly Ramsay Snow. That same sort of vengeful, calculated, near-psychopathic portrayal would be perfect for Maximus. It would give the character onscreen energy and evil intentions, while separating him from Loki in the MCU. In fact, Marvel could even make a solid scene out of Black Bolt and Thor bonding over their siblings. If Rheon could bring the same passion from his time on Game of Thrones to Maximus, he could solidify himself as one of Marvel’s more terrifying cinematic villains, something lacking in Marvel films.

This is another chance for Marvel to bring a big Hollywood name to an unknown character. Crystal is the younger sister of the Inhuman queen Medusa and a part of the royal court’s inner circle. Emma Watson is a amazing actress who can play a variety of roles, and bringing her over to the MCU is a great move. As I stated earlier, Black Bolt, if Marvel sticks to his character mythos, will not speak much or at all during the entire film. So Marvel would have the unique ability to let everyone else take on strong speaking roles around essentially the main character. With Crystal’s history in the comics as the wife of Quicksilver and his own introduction in Avengers: Age of Ultron, her future role in the MCU could be pivotal and a huge linchpin for future stories. Watson would be great fit to fill that role.

Gorgon is the cousin and bodyguard of Black Bolt, so in position title alone, whoever plays Gorgon needs look like someone who could protect a king. In addition, Gorgon is a generally fierce character with the ability to generate shockwaves and earthquakes, through the power of his legs alone, which I think Joe Manganiello can do at 6-foot-5 and about 220 pounds. Manganiello also has a bit of comedic side to him, which would fit the lighthearted humor always present in Marvel films. He’s someone who would fit with the Marvel style, and I think alongside a silent king, Manganiello’s charisma would be a wonderful addition to the MCU cast list, in the same way Batista was for Guardians of the Galaxy.

Karnak, unlike the other Inhumans, never received his abilities from the Terrigen Mist and thus never received the Inhuman superpowers. However, he has, through training alone, learned how to sense the weak point of anything. He’s a master martial artist and physical combat expert, making Statham a no brainer for the role. Alongside characters who can shake cities and shatter worlds, Karnak needs an actor who can create confidence he belongs among these beings. Statham’s resume is almost exclusively action films and martial arts films, making him a solid casting choice.

The final character on this list, Triton, is the brother of Karnak, an Inhuman who has the ability to breathe underwater but can’t breathe oxygen on the surface unless he’s using a special apparatus. Think Abe from Hellboy, which is exactly why Doug Jones is my choice for Triton. He did an excellent job as Abe and has played characters heavy in sci-fi make-up before — precisely what he’d have to do as Triton. I realize the roles are almost identical, but for that very reason I think Doug Jones would make a great choice. He’s already proved himself in a similar role, so why not cast someone you know will give a great performance and already has the credentials?